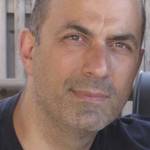 A veteran journalist based in Oslo, William Stoichevski has written thousands of offshore-focused reports from his North Sea vantage point. After honing the media campaign of Norwegian green group Bellona (current fuels advisors to the European Commission), Stoichevski began working for the Associated Press in Oslo. In 2003, he left the AP to oversee and write for a number of print and electronic energy industry publications in the Norwegian capital. Hard-to-match access has granted him interviews with hundreds of industry captains and policy makers across the globe.
• Email: william.stoichevski@maritimemail.com