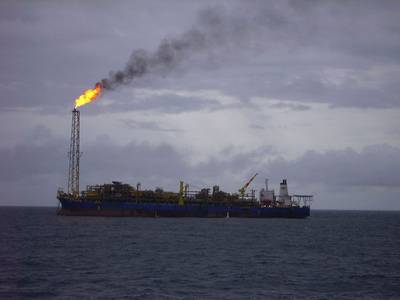 The floating production sector has been especially active over the past several months. Ten production floaters have been ordered since March, reports International Maritime Associates Inc. (IMA).

269 floating production units now in service or available – This figure is 22% greater than five years ago, almost 80% higher than ten years back. FPSOs account for 61% of the existing systems. The balance is comprised of production semis, tension leg platforms, production spars, production barges and floating regasification/storage units. Thirteen units (12 FPSOs, 1 Semi) are off field and available for reuse – resulting in an overall utilization rate of 95.2%. Another 93 floating storage/offloading units (without production capability) are in service.

241 new floater projects are in the bidding or planning stage – The number of future projects in the pipeline keeps growing. A year ago 233 projects were in the planning or bidding stage. Five years ago, the figure was 141 projects. Ten years back, 94 projects.

According to Jim McCaul, head of IMA, “potential deepwater projects should grow significantly over the rest of the decade. Oil demand keeps growing, the futures market points to $90+ oil through the decade, deepwater drill contractors are running at full load and 90+ additional drillships/semis are scheduled for delivery over next few years. These new drill units will increase deepwater drill capability by 30% and remove a bottleneck that has constrained E&D in deepwater.”

But deepwater spending could be hitting headwinds – Deepwater projects compete for a place in capital expenditure plans – and investment opportunities in tight oil and shale gas could cause some deepwater projects to slip from oil company capex budgets. This could be occurring now.

According to IMA"s McCaul, “maybe it is more than a coincidence that five major deepwater projects have been deferred over the past several months. Each project had its own reason for deferral. But five in such a short period sends warning signals to everyone in this sector.”