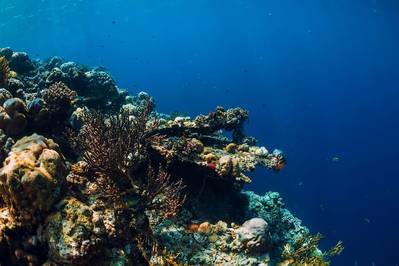 The United States should study how the world’s oceans could be used to remove planet-warming carbon dioxide from the atmosphere through methods like cultivating seaweed or manipulating nutrients in the water, according to a report released on Wednesday.

The report comes amid a growing realization among the world’s scientists and governments that reducing greenhouse gas emissions from activities like burning fossil fuels will not be enough to avert the worst impacts of climate change. Huge volumes of carbon must also be removed and stored away using strategies that are not yet proven to work on a large scale.

The National Academies of Sciences, Engineering and Medicine report said oceans are a promising area to study because of their size and capacity to store carbon. A handful of techniques are already available to accelerate the ocean’s carbon-absorbing powers and need to be scrutinized, it said.

"If society wants to be well-informed, if these decisions need to be made at some point, we need to improve an unbiased knowledge base," said Scott Doney, a scientist at the University of Virginia who helped lead the report.

The report recommended an initial $125 million U.S. research program to “complete some very critical research in the next decade” on the subject, Doney said.

China announced in August it would explore ways to increase its ocean "carbon sink" as part of its pledge to reduce greenhouse gases to net zero by 2060.

The report identified six potential strategies that could be studied in detail, including large-scale seaweed farming, sprinkling phosphorous, nitrogen or iron on the ocean surface to speed photosynthesis by carbon-absorbing phytoplankton, or passing an electrical current into the water to make it more alkaline and thereby enhance its ability to store CO2.

Other ideas include protecting and recovering fish and marine mammal species that store carbon in their bodies and excrete carbon-rich waste to the ocean floor, or artificially forcing ocean upwelling and downwelling to bring nutrients for carbon-absorbing phytoplankton to the surface and carbon to the deeps.

The National Academies said it did some preliminary evaluations of these strategies for how well they are likely to work, along with their costs, scalability and environmental impact, but that much was still unknown.

It found that adjusting the alkalinity of the ocean with electrical currents to enhance its carbon-absorbing ability had among the highest likelihoods of being effective, but also among the highest potential costs.

Seaweed farming, it said, was likely to have medium efficacy, but also moderate to high environmental risks that need to be better understood, including contributing to ocean acidification and reducing available oxygen in the water.

Seagrasses play a large role in regulating ocean environments, storing more than twice as much carbon from planet-warming carbon dioxide (CO2) per square mile as forests do on land, according to a 2012 study in the journal Nature Geoscience.