An innovative tool for assessing the impact of climate change in the ocean: measuring pCO2 at sea with the SeaExplorer underwater glider

Understanding the ocean’s role in the global carbon cycle and its response to a changing environment is of crucial interest. The ocean is indeed known to be the only true net sink for anthropogenic carbon dioxide (CO2) and without this oceanic uptake, atmospheric CO2 would be significantly higher today than what is currently observed. The impact of this ocean acidification can already be perceived and current projections suggest that those changes will persist in the future. The reliable measurement of oceanic pCO2 at large spatial and temporal scales is therefore becoming critical.

A strong effort has been made recently for the development of low power, small in size and accurate enough CO2 sensors, which can be deployed in autonomous platforms such as underwater gliders. ALSEAMAR has participated to this movement by integrating the Mini CO2 sensor from Pro-Oceanus into the SeaExplorer glider rated to 1,000 m depth. The Mini CO2 sensor uses infrared detection to measure the partial pressure of CO2 gas dissolved in water.

In order to strengthen the understanding of CO2 dynamics in the ocean, a SeaExplorer underwater glider performed a campaign in the North Western Mediterranean Sea during the first half of 2020. For a comprehensive interpretation of the data, the glider was also equipped with a GPCTD-DO from Sea-Bird Scientific. The first deployment was realized in January 2020 (winter) and the second in June 2020 (summer). This mission aimed at studying the seasonal distribution of CO2 at sea in both winter and summer, by performing an inshore-offshore transect between the south coast of France and the DYFAMED time-series station (SOERE MOOSE). Operating in this area offers the double advantage of being able to sample contrasted oceanic conditions and to consider inter comparison exercises between glider data and reference DYFAMED’s fixed mooring measurements.

Processing the CO2 data acquired during this mission required to deal with the response time of the membrane-based Mini CO2 sensor. Although the glider is a rather slow profiling device, the sensor response time led to a hysteresis in the obtained vertical pCO2 profiles. This was overcame by adapting published algorithm, i.e.  by considering a linear dependency of response time on water temperature and by correcting the raw signal applying an exponential fit (Fietzek et al., 2014).

Once corrected, the data acquired with the SeaExplorer glider revealed contrasted situations between seasons, especially in the first hundred meters of the water-column. The most striking is that temperature and pCO2 were lower in winter and higher in summer, with a measured increase of about 50 µatm for pCO2. Such a co-variation is not surprising since changes in pCO2 in the mixed-layer are expected to be primarily driven by temperature changes. Another interesting feature is the subsurface pCO2 minimum (~370 µatm) that develops in summer, when the water-column is well stratified. This CO2-depleted layer is found between the 1028.2 and 1028.6 kg m-3 isopycnal levels and coincides well with an O2 maximum. This pattern is very likely to mirrors the net biological effect, which includes primarily the CO2 utilization by the phytoplankton (photosynthesis). Below the 1029 kg m-3 isopycnal level, waters are CO2-enriched (~440 µatm) whatever the season, as a result of respiration processes. At these depths, variations in the pCO2 vertical distribution follow for the most changes in the density fields.

Those first results from this campaign are promising and highlight the great potential of measuring pCO2 with a glider for the scientific community.  Further analysis and evaluation of the sensor performances will be conducted through a comparison with reference measurements made by autonomous Carioca sensors at the DYFAMED time-series station.  The combination of a well-suited sensor with a highly enduring autonomous platform demonstrates here the possibility to perform persistent observations at sea with greater spatial and temporal resolution than traditional methods and at a fraction of the cost, thanks to the reduced operational costs of the SeaExplorer glider. 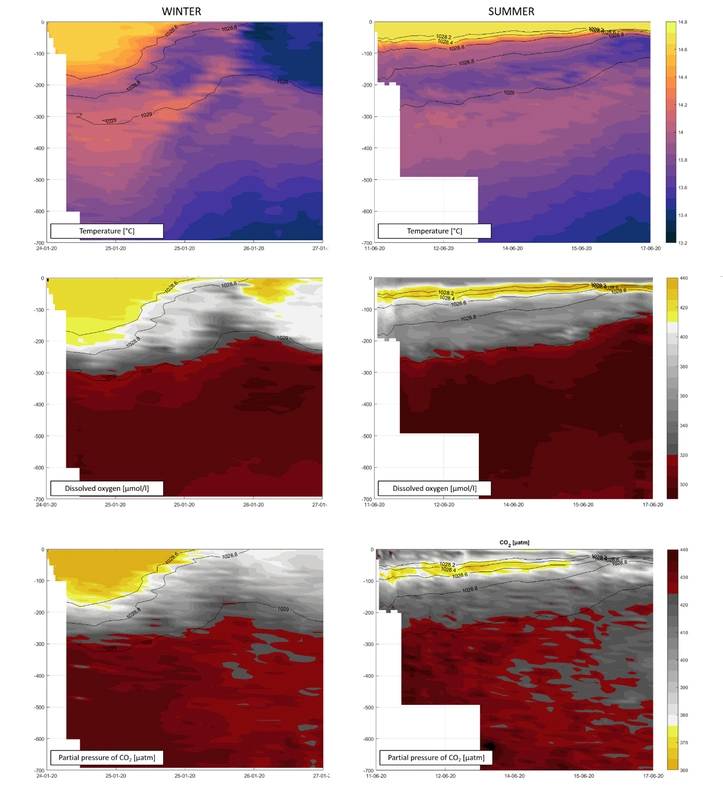 Figure 2. Data acquired by the SeaExplorer during the two deployments.