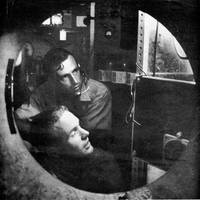 , I was convinced that the Oi series were the ‘gold standard’ of ocean-related exhibitions and their associated conferences. Today, I believe this is not an assertion or opinion – it is a fact. The real benefit to me has been the serious networking that takes place between the ocean science and technology community members from many nations.  There is no second place to the three OI events now being offered, and the value they provide—the whole event is an opportunity-rich environment.”-- Capt. Don Walsh, USN Deep Submersible Pilot #1. Year of first Oi: 1971For 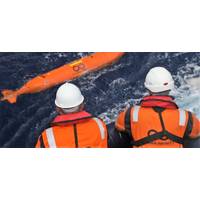 U.S. territory underwater is mapped to modern standards.The partnership will support the recent Presidential Memorandum on Ocean Mapping in the U.S. Exclusive Economic Zone (EEZ) and Shoreline and Near Shore of Alaska and the goals announced at the November 2019 White House Summit on Partnerships in Ocean Science and Technology.“The NOAA-Ocean Infinity partnership will play a key role in helping NOAA reach its goal of fully mapping the U.S. EEZ and characterizing ocean environments to support their conservation, management, and balanced use,” said Alan Leonardi, Ph.D., director of the NOAA

one of the NOC’s largest deployment of AUVs operating in swarms, were completed this month in Loch Ness, Scotland.“Sending autonomous and unmanned underwater vehicles (AUV/UUVs) out on missions that will last for weeks or even months, unaided by crewed ships is a shared vision held by the ocean science, offshore energy and defence sectors,” says Geraint West, Sonardyne’s Global Business Manager for Ocean Science. “But, current constraints on AUV or UUV operations, such as onboard battery capacity and navigational accuracy degradation over time, has meant that the role these 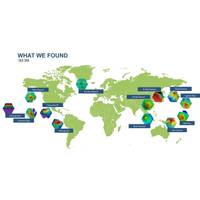 aimed at creating a detailed, freely available map of the entire ocean floor by the year 2030. GEBCO (General Bathymetric Chart of the Oceans) is the only organization with a mandate to map the ocean floor.The organizations are working together to achieve high-resolution mapping that is needed in ocean science. “While mapping the entire ocean floor by 2030 seems like a daunting task, we are making headway thanks to the commitment of commercial, scientific and private vessels, including Schmidt Ocean Institute’s R/V Falkor,” said Seabed 2030 Director Jamie McMichael-Phillips.Schmidt 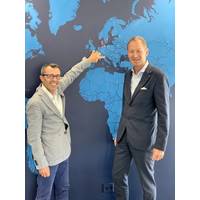 , venturing into new waters in the private sector aboard an oceanographic and geophysical survey vessel in the late 90s, followed by a move into underwater technology sales and later into a range of management positions.Focused on developing the Oil & Gas customer base, and expanding sales in the Ocean Science, Naval and Civil Engineering sectors, MacArtney Italy will be adding value to the underwater technology community with improved system solution and connectivity sales in the Eastern Mediterranean region.The MacArtney Group welcome Vincenzo Mauro aboard with high hopes for MacArtney Italy. Buona 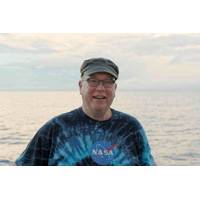 and Physical Oceanography from the University of Washington (1983). His scientific interests include the circulation of the ocean and air-sea exchange processes and include extensive experience in both sea-going oceanography and remote sensing. In 2013, he received the American Geophysical Union Ocean Sciences Award for leadership and service to the ocean science community.“Saildrone is the best solution for many in-situ observing requirements. The global reach of the Saildrone fleet and its ability to collect high-quality data on air-sea interaction, gas transfer, biodiversity, and seafloor 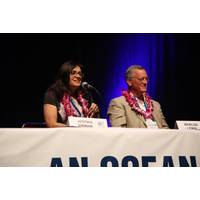 there.Throughout OceanObs’19 there were many side events focused on specific science questions and communities. One notable event was called Breaking Waves, Breaking Barriers. This event was sponsored by Schmidt Marine Technology Partners and was focused on women’s instrumental role in ocean science, leadership, and mentorship. A panel of four leading women in ocean science offered insights from their own careers. Rosie Alegado from the University of Hawaii served as moderator and the panelists included Barb Kirkpatrick from the US, Nelly Florida from Indonesia, and Juliet Hermes from South 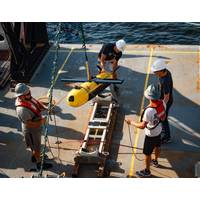 as a Service (RaaS) and Data as a Service (DaaS), the company said.While near-term focus will be the inspection, repair and maintenance (IRM) segments for offshore oil and gas and wind industries, OceanVision will also address the requirements of other stakeholders in the fisheries, aquaculture, ocean science and underwater defense industries, Kraken said.Kraken’s President and CEO Karl Kenny said, "OceanVision will result in an end-to-end digitalization solution offering advanced sensors, robots and data analytics as a turnkey service for imaging and mapping of the seafloor as well as

.  It is a plan of action for people, planet and prosperity. Of particular note for BTW2019 are SDG6: Clean Water & Sanitation; SDG7: Affordable & Clean Energy; SDG14: Life below Water; and SDG17: Partnerships for the Goals. The UN  Water Action Decade (2018-2028) and the UNDecade of Ocean Science for Sustainable Development (2021-2030) were adopted to mobilize the scientific community, policy-makers, business and civil society around a program of joint research and technological innovation.This year we are expecting 700+ participants across 7 events over 5 days (up from 550+ in 2018) 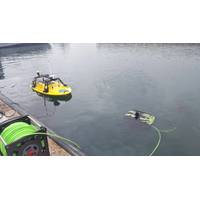 US-based Teledyne Marine said it has opened a Vehicles Service Center at the Teledyne Reson office in Slangerup, Denmark.The expanded facility in Slangerup will support the large number of LBVs, vLBVs, and Z-Boats throughout Europe, the company said. Customers of Teledyne SeaBotix and Teledyne Oceanscience will now have the option to have their remotely operated vehicles (ROVs) and unmanned surface vehicles (USVs) repaired, refurbished and tested within Europe. Local service will eliminate the need to ship vehicles back to the United States, saving significant time, effort and money.The Service