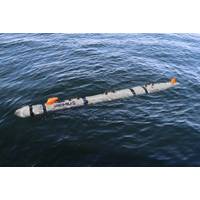 Hydroid delivered the first REMUS 300 Unmanned Underwater Vehicle (UUV) prototype to the U.S. Navy through the Defense Innovation Unit (DIU), a new, modular UUV will be assessed over the next year as a potential solution for the Next Generation Small-Class UUV (SUUV) program for the Navy.“The REMUS 300 is a game-changer for the small UUV class. It’s a culmination of everything we’ve learned by delivering over 400 REMUS UUVs over the past 17 years,” said Duane Fotheringham, President of Hydroid. “The modularity and open architecture will make future developments 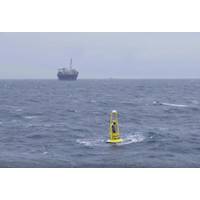 monitoring services for its customer Premier Oil at the Huntington field in the UK sector of the central North Sea.During the deployment, Premier will demonstrate the PB3 PowerBuoy capabilities, its ability to monitor the local environment and alert ships of the field’s safety zone as a potential solution to help with their future decommissioning related operations, OPT said.This deployment begins a nine months lease, subject to meeting a number of acceptance criteria in the first three months. The lease also includes an option to extend the initial nine-month lease, as well as a purchase option 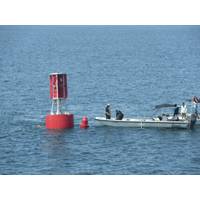 competition in January 2016. Besides receiving proposals from across the country, S&T received several proposals from the international community, even though they weren’t eligible to receive a cash prize under the America COMPETES Act.  From among the proposals, S&T found a potential solution to the problem in a simple, but effective, buoy mooring system. Instead of a concrete sinker, Cole Keaoulu Santos, an innovator from Hawaii, proposed a narrow screw anchor; instead of a heavy metal chain, he suggested an elastic rope to prevent scraping of the ocean floor.“We consider 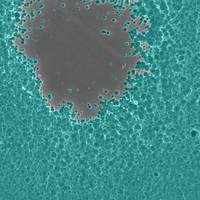 other (plastics), back into their original building blocks so that they can be sustainably recycled," McGeehan said. "Strong Potential" Independent scientists not directly involved with the research said it was exciting, but cautioned that the enzyme's development as a potential solution for pollution was still at an early stage. "Enzymes are non-toxic, biodegradable and can be produced in large amounts by microorganisms," said Oliver Jones, a Melbourne University chemistry expert. "There is strong potential to use enzyme technology to help with society's 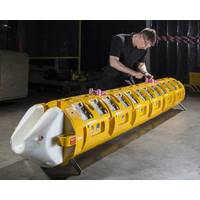 a consistent squeeze pressure over a 3m length without resorting to a more complex electrohydraulic system, was designed and commissioned in less than seven month. Key to the success here was prior knowledge of the friction properties of subsea cables and the ability to quickly test and validate a potential solution.   Without the umbilical hold-back clamp it would not be possible to complete vessel-based riser less well intervention operations in deeper water as the steel armored umbilical cable used to control the subsea equipment would be at risk of failure. The alternative would be to use a 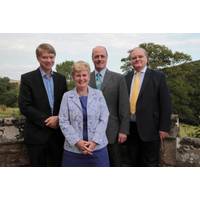 ; at Ocean Exchange 2013 in Savannah, Georgia; ‘Pitch@Palace’ in October 2015 and $57,000 in the Shell Springboard event in 2015. Through R&D support from companies such as Ricardo and Schaeffler, the Marine WITT has caught the attention of those in the yachting community as a potential solution for achieving zero-emission vehicles.   By working with a precision engineering manufacturer, Gibbs Gears, together with Schaeffler, the first robust unit is in development after completing various design iterations with input from experts such as Drive Systems Design.   “