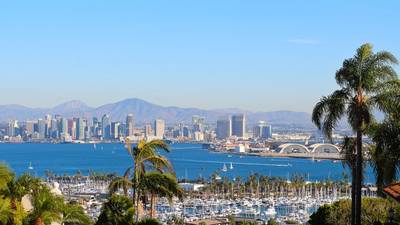 I recently moved to San Diego from Seattle to live in a city on the ocean. Many other San Diego residents, whether they surf, sail, fish, swim, or merely enjoy the beaches, are here for the same reason. We love the ocean, but do we ever think about how much concrete value it adds to society?

It was only when I saw Greg Murphy, the executive director of The Maritime Alliance (TMA), speak at the San Diego Global Investment Forum that I grasped how fundamental ocean- and water-focused technology, or “BlueTech”, is to the current economic health of the San Diego area, and how important BlueTech will be to this region’s future prosperity. TMA is a nonprofit industry association and organizer of the nation’s largest BlueTech cluster that is connected internationally through the BlueTech Cluster Alliance. In 2012, TMA published an industry report that found that San Diego’s Blue Economy was worth $14 billion per year, and was responsible for more than 46,000 jobs.

What is notable about San Diego’s Blue Economy is not only its size, but also the innovation occurring in the sector. While companies all over the world are searching for ways to incorporate artificial intelligence into their products, San Diego-based startup Aquaai has built autonomous, fish-like drones that can closely monitor marine environments without causing a disturbance. While many companies are racing to produce and sell lab-grown meat and poultry, one of San Diego’s newest BlueTech startups, BlueNalu, has raised $4.5 million to produce tasty, healthy, environmentally friendly seafood from fish cells. And while the sport of surfing has historically been confined to coastal areas, American Wave Machines, based in the San Diego suburb of Solana Beach, has developed wave pool technology that can create excellent waves anytime, anywhere. Each of these three companies has made a technological breakthrough by learning from what the ocean has to offer.

Yet another strength of the San Diego Blue Economy is the support BlueTech companies receive from local organizations. The Port of San Diego recently committed $1 million per year for the next five years to a Blue Economy Incubator which has already doled out funding to four promising BlueTech ventures. Meanwhile, Gafcon, the firm managing the redevelopment of San Diego’s downtown waterfront, has received preliminary interest from both the University of San Diego and the Scripps Institution of Oceanography in setting up education-related facilities on the site which focus on BlueTech and the Blue Economy. These facilities would offer a learning center that seeks to prepare students for BlueTech jobs, which is also something the San Diego Unified School District is focusing on through a new BlueSTEM Career Pathway developed in partnership with TMA.

San Diego’s BlueTech cluster is organized by TMA and includes highly innovative startups and industry leading ocean and water technology companies. The region is full of people who, as Greg Murphy put it, “see the ocean as an opportunity”, and the BlueTech sector seems poised to continue to grow and thrive. From November 5-9, TMA is hosting its 10th annual BlueTech Week, a conference that aims to connect people from around the world and across BlueTech sectors around the shared goal of sustainable development of the global Blue Economy.

“Just like the Santa Clara Valley came to be known as the Silicon Valley, perhaps one day the San Diego Bay will come to be known as the Blue Technology Bay,” says Rafael Castellanos, the chairman of the Board of Port Commissioners. It is my hope that the people in the city I now call home embrace Castellanos’ vision, recognize the work TMA has done to help San Diego become a world leader in BlueTech, and see the ocean for what it truly is: the world’s biggest opportunity. 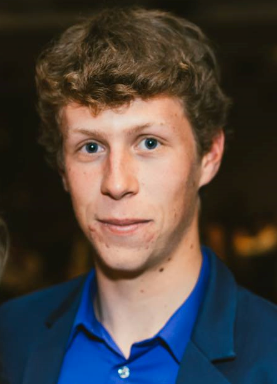 The Author
Eli Etzioni is the Development Manager at Urban Surf 4 Kids, a San Diego nonprofit that aims to improve the lives of foster youth and orphans through surf camps and mentorship programs. He is a recent graduate of Claremont McKenna College.

IKM Ocean Design has won a contract with Equinor for a pipeline engineering concept study for the Wisting oil field in the Barents Sea.Wisting…

Oceanology International 2020, held this year as a virtual event from 1st to 4th December on the custom-built, AI-driven…