hyperbaric chamber manufacturing, rebreathing and combat diving equipment.”Dunstall previously worked for many years in senior positions in the Department of Defense, including being responsible for the part of the Defense organization that acquires and sustains materiel capability for the Australian Defense Force.“For the past decade, JFD Australia has been a key strategic capability partner to the Australian Government and it continues to deliver world-class defense systems, including a hyperbaric equipment suite and transfer-under-pressure chamber, which, earlier this year gave the RAN, for 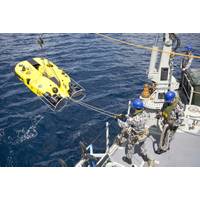 The Australian Defense Force (ADF) confirmed that a number of contacts of interest were discovered during the search for lost 1914 submarine AE1 by HMAS Yarra in the Duke of York Islands, Papua New Guinea. The contacts were located during the search for HMAS AE1 conducted between September 6-9. According to the ADF, a number of contacts were able to be classified as natural objects; however, one contact remains unidentified and will require further investigation. ADF will not disclose the exact location of the contact until it is properly identified. These types of contacts are frequent in this 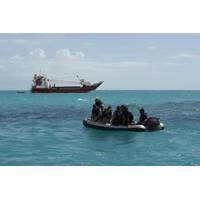 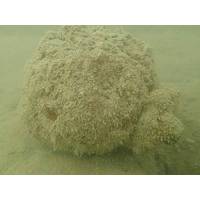 A team of Australian Defense Force (ADF) personnel has headed to the Pacific Island nation of Kiribati to dispose of a suspected World War II sea mine. The object was discovered beneath a sunken vessel that is being salvaged by commercial operators in Betio Lagoon, South Tarawa. Six Royal Australian Navy clearance divers and a support team are flying to the island nation on a Royal Australian Air Force C-130J Hercules aircraft. They have deployed at the request of the Kiribati Government following the discovery of the object, which may date back to World War II. The object is lying in nine 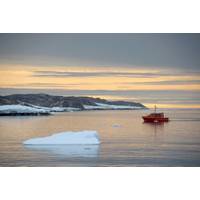 region and enable safe passage by mariners.” The gathered data will also assist the AAD with scientific research and monitoring of the environment around the Antarctic stations. Commander Australian Fleet, Rear Admiral Tim Barrett, said the Australian Hydrographic Service is a vital Australian Defense Force capability with a valuable national role: “The countries that are party to the Antarctic Treaty have reiterated the importance of efforts to conduct surveys and improve charts in the region.” Barrett added, “Australia plays its part by completing surveys and through 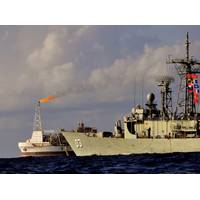 based on both the east and west coast of Australia, have concluded their participation in Exercise Blue Raptor in the Northwest Shelf area. Exercise Blue Raptor was a maritime security exercise which tested communications, procedures and protocols between the Navy ships and other units of the Australian Defense Force with the oil and gas installations in the area. The exercise is part of a number of routine patrols conducted by the Navy in the region and was supported by a Royal Australian Air Force AP-3C Orion. These patrols are conducted as part of Australia’s robust maritime security

for the period following Exercise Talisman Saber and at no stage did the jettisoned ordnance pose a threat to the safety of people or the Great Barrier Reef.” The U.S.-led recovery and disposal timeline is now dependant on weather conditions and environmental considerations. The Australian Defense Force will to continue to provide direct support to the U.S.-led effort and the Great Barrier Reef Marine Park Authority. The recovery effort includes assets from the U.S. Navy Explosive Ordinance Disposal Unit Five and airlift provided by the U.S. Air Force.

Australian government. The bombs were lying in 50 to 60 meters of water, posed little risk to the reef or shipping and could easily be picked up by Navy divers, the Navy said. The aircraft were participating in Operation Talisman Saber, a joint exercise sponsored by U.S. Pacific Command and Australian Defense Force (ADF) Headquarters Joint Operations Command involving roughly 30,000 personnel from the U.S. Army, Navy, Marine Corps and Airforce, the ADF and other government agencies from both countries, mainly near Northern Australia. Source: Reuters, U.S. Navy, staff