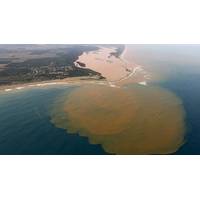 are being felt on corals surrounding pristine offshore islands that form a unique environmental protection area and an important national park.After the Fundão dam collapsed – Fundão was the name of the dam owned by Samarco, a JV between mining giants Vale do Rio Doce & BHP Billiton – near the town of Mariana in the state of Minas Gerais, on November 5, 2015, the ore tailings and other mining waste contained within a massive wave of mud and sludge, contaminated the Rio Doce (Sweet River) for around 500 km. The mud wave destroyed everything in its path all the way downriver 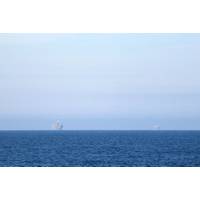 , oil companies are turning to well-mapped basins in the deepwater Gulf of Mexico and other nations were deepwater drilling or auctions are ongoing, like Brazil, Mexico and Guyana.   "We are constantly scouring the planet to really understand resource potential," said Steve Pastor, BHP Billiton's president of petroleum operations. The Gulf of Mexico has some of the best discovered potential, he said.   BHP has previously explored acreage in the Eastern Gulf of Mexico, at its Sake project, in a formation off the coast of Alabama.   Proposed new lease areas along the U.S

Exploration begins by BHP Billiton using the Deepwater Invictus rig and supported by Lloyd’s Register’s rig integrity team. Lloyd’s Register (LR) announced it has extended rig integrity support for the Deepwater Invictus drilling rig. The company’s expertise in blow-out preventers (BOPs) and rig integrity will be used to provide confidence in how risk is managed for deepwater drilling and well exploration. Kevin Comeau, Dynamic Positioning / Power Management & Marine Safety Systems Manager at LR, said, “We have had a team supporting the Gulf Of Mexico (GOM)

Oil companies have paid Mexico's oil regulator nearly $80 million for seismic data ahead of an auction for deep water fields, suggesting robust interest in the tender despite a lasting slump in the price of crude.   Thirteen companies, including Exxon Mobil, BP and BHP Billiton, have paid a total of 1.38 billion pesos ($78 million) to date for licenses to use deep water data, according to a document from national oil regulator CNH seen by Reuters.   Company executives say the sum reflects only a fraction of their spending in the past year to acquire geological data ahead of the Dec.

high bidders who participated in the sale, which made 4,083 unleased blocks covering nearly 22 million acres available offshore Texas. The accepted high bids are valued at $22,675,212. The highest bid accepted was $2,802,003, submitted by Ecopetrol America for East Breaks Block 685.   BHP Billiton Petroleum placed 26 of the 33 bids, all in deep water. Two bids were for tracts in water depths less than 200m, while the remaining bids were placed on tracts in water depths greater than 400m.   The terms of Sale 246 continue a range of incentives encouraging diligent development and

to thousands of industry job cuts. Even cheaper onshore developments have stalled as companies reassess their yearly budgets.   In Wednesday's sale, five companies submitted 33 bids on 33 tracts covering 190,080 acres (76,923 hectares) in the western region, BOEM said.   Australia's BHP Billiton was the most active with 26 bids. BP made one bid, Colombia's Ecopetrol made four, three of which were made jointly with Anadarko Petroleum, and Houston-based Peregrine Oil and Gas made two.   Last year saw 93 bids on 81 tracts totaling $110 million in high bids. In 2012, when oil prices

The World Heritage Listed Ningaloo Reef in Western Australia will be the focus of a new marine research partnership between CSIRO and BHP Billiton Petroleum announced today. Ningaloo Reef is the largest fringing reef in the world, extending 300 kilometres along the North West coast of Australia. The five year, jointly funded A$5 million research program will include both deep and shallow reef research, turtle and shark tagging, a PhD scholarship scheme and opportunities to engage the local community, including BHP Billiton Petroleum employees, in Exmouth, WA. Minister for Industry and

BHP Billiton and Petroleos Mexicanos (Pemex) today signed a memorandum of understanding and cooperation (MOU) to exchange technical knowledge, information, experiences and practices in activities related to the oil and gas industry. On signing the MOU, BHP Billiton Petroleum and Potash President, Tim Cutt said: “We see considerable opportunity in Mexico following the recent economic reforms, and we are excited about the deepwater and the extension of the Paleogene play into the Perdido play. “We are very pleased to have the opportunity to work with Pemex due to its exceptional 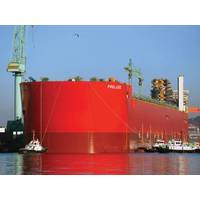 ;s largest floating offshore facility. There are at least three other similar projects following in its wake. One of these, from Exxon, and others in the planning stages at Shell, will pump up the size equation even more. Competitors include: •    Exxon in partnership with BHP Billiton is looking to install what would be the world’s largest FLNG - a 495 meters (1,624 feet) long facility - in its Scarborough gas field off the Australian coast. Design specs call for it to produce an estimated 6 million to 7 million mt/year of LNG from five trains, and to hold 10 storage