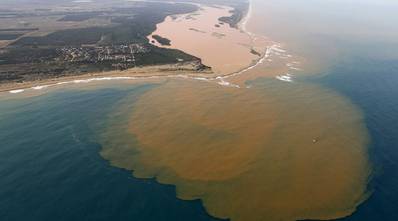 As Brazil deals with the effects of the recent Brumadinho dam collapse, which spilled around 12 million cubic meters of ore tailings and mining waste over the Vale do Rio Doce mining company´s administrative area, cafeteria and nearby towns – causing 179 deaths and the disappearance of 131 persons, at present count – before continuing on to contaminate rivers, the effects of the 2015 Fundão dam collapse are being felt on corals surrounding pristine offshore islands that form a unique environmental protection area and an important national park.

After the Fundão dam collapsed – Fundão was the name of the dam owned by Samarco, a JV between mining giants Vale do Rio Doce & BHP Billiton – near the town of Mariana in the state of Minas Gerais, on November 5, 2015, the ore tailings and other mining waste contained within a massive wave of mud and sludge, contaminated the Rio Doce (Sweet River) for around 500 km. The mud wave destroyed everything in its path all the way downriver to the mouth of the Rio Doce, at the small coastal town of Regência, in the state of Espírito Santo, where its brown fan shaped plume reached the sea. The plume stretched for miles offshore and one of the great uncertainties was whether it would reach the Abrolhos archipelago on the southern coast of Bahia, 250 km north of the river mouth. The Fundão dam collapse released approximately 39.2 million cubic meters of tailings and other waste. The tailings reached the river Gualaxo do Norte, crossed its bed and emptied into the Rio Doce. It is believed that 20.3 million cubic meters of material was deposited in the dam of the Risoleta Neves Hydroelectric Power Plant (Candonga). Another 18.9 million cubic meters of tailings followed the flow of the watercourses and reached the sea on November 21, 2015.

"About three months after the arrival of the Fundão tailings at the river mouth, we observed at Abrolhos a corresponding increase in heavy metals that this mud carried," recalls Heitor Evangelista, geophysicist, researcher and professor at the State University of Rio de Janeiro (UERJ). "It was proof that some of that invisible material had arrived. The water in Abrolhos remains transparent, but it has finer, more soluble materials that get there and, on arrival, have been incorporated by organisms."

For years, Evangelista has been researching the corals of the Abrolhos National Park in Bahia. The chemical information contained in the skeleton of the existing species, helps to recount the history of the local marine ecosystem, such as water temperature over time.

"Corals are organisms that, as they grow, form a skeleton, which is being stacked. The fabric that forms the coral is millimetric, all it has inside is skeleton. If you cut it, you will see the layers. Each of these represents a year of growth," explains Evangelista. "As it grows, it stores information from the water column. Everything that happens in the water, leaves a record in the skeletons. Coral is a monitor, a bioindicator, of the things that happen, with the advantage that it keeps this information year by year, and we can, through chemical analysis, rescue this information from the past."

Some of these elements contained in the mud that arrived at the river mouth are formed by very small particles including trace elements, that solubilize in the water, and they are then transported by prevailing currents. When these small particles reached the corals, it was recorded in the growth lines of their skeletons. 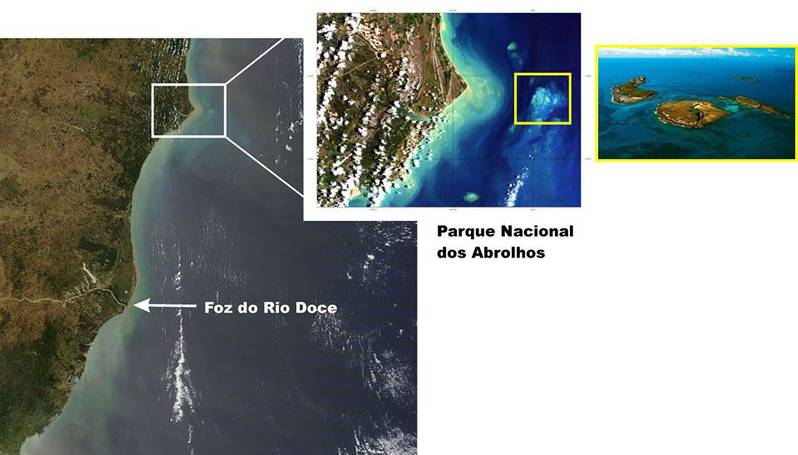 The researchers measured the concentration of 46 chemical elements in the corals, some of which, such as zinc, copper, lanthanum and cerium, peaked shortly after the arrival of the sludge. "These materials were probably in the trough of the Rio Doce, and when the mud came, it dragged everything. It was like a shockwave, which carried this material quickly to Abrolhos," says Evangelista. "Other elements have increased constantly after the arrival of the plume, such as arsenic."

In a nearly 50-page report, the researchers presented detailed analyzes of the presence of metals in the region. In addition to UERJ, the research was supported by the Federal Fluminense University (UFF) and the Pontifical Catholic University of Rio de Janeiro (PUC-Rio).

Throughout the work of monitoring the dispersion of mining sludge at sea, professor Evangelista, along with his students, updated a Facebook page - Abrolhos Sky Watch - with satellite images showing the course of the sediment plume, so that society could also be informed about the impact of the tragedy. The study highlighted that more than three years after the rupture and collapse of the Fundão dam, the environmental damage caused by the mining companies have not yet been fully measured and contained, both inland and offshore. Do to the negligence of the mining companies and the Brazilian government, ecosystems will continue being contaminated and degraded. The risk is that the fragile ecological balance that favors coral formation may be affected, for example with the proliferation of other harmful organisms. Only long term monitoring will ascertain the level of environmental impact, as there are no parameters globally for this form of coral contamination. 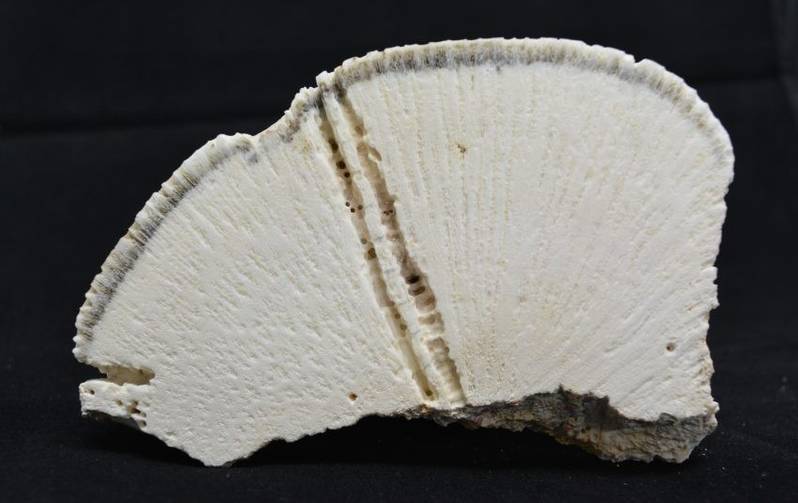