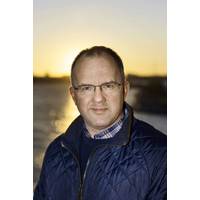 as CEO with the aim to take the company’s wind assisted propulsion systems to the global market.Anemoi was the recent recipient of the Lloyd’s List “Ship of the Year” Award for the world’s first successful installation of a Flettner Rotor system on a geared dry bulk carrier – the MV Afros.Now with a fully tested and proven solution, the company is widening its reach to offer its patented energy saving technology to a global audience of tanker, bulker, roro and other vessel owners.Diederichsen joins Anemoi with a wealth of relevant maritime and technical experience 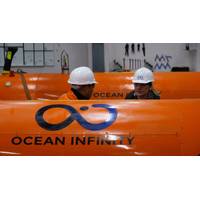 U.S. based Ocean Infinity said it has been awarded a contract from the Government of South Korea to search for the wreckage of lost bulk carrier Stellar Daisy, which sank on on March 31, 2017, with 24 people on board.The Stellar Daisy was transporting iron ore from Brazil to China when it was lost in the South Atlantic Ocean, approximately 2,500 nautical miles due east of Uruguay.Ocean Infinity said it expects to commence search operations in January 2019 using its high-tech fleet of autonomous underwater vehicles (AUVs). The company's CEO, Oliver Plunkett, said, “For the sake of all 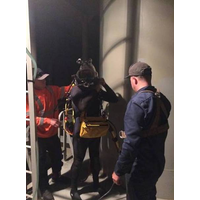 As a result of a collision with an underwater obstruction in the Mississippi river, a down-bound fully laden bulk carrier suffered a flooded forepeak tank and was unable to trim to a shallow enough draft to continue her transit. Stuck at anchor in the middle of the river, her owners contacted an independent marine surveyor for assistance. Because Phoenix International had performed previous successful operations for the selected survey company, the vessel was immediately referred to Phoenix for assessment and resolution of the problem. Phoenix was able to deploy a team within hours to assist the 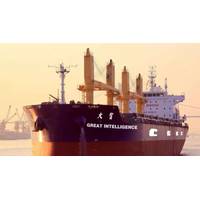 costs and raise efficiency."   Technical performance of the ship has reached advanced levels, and it has passed official assessments by the China Classification Society and Lloyd's Register (LR) of Shipping.   The ship is a modified version of the Green Dolphin fuelefficient bulk carrier concept. The company calls it the world's first smart ship because it is the first seafaring vehicle awarded the "cybersafe", "cyber-perform" and "cyber-maintain" smart-vessel notations by the British maritime classification society LR , one of the top maritime technical 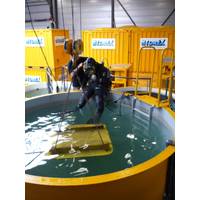 After delays of almost two weeks following an unsuccessful repair to the hull of a 180m bulk carrier that ran aground offshore Las Palmas, Spain, Hydrex Underwater Technologies was approached to get the vessel sailing again. Hydrex Production Executive Dave Bleyenberg explained, “The classification society said to the owner the repair would be more likely to get the green light if we were involved because they knew we had the needed certificates and experience.” Once Hydrex’s involvement was approved, a small inspection team was flown to Las Palmas to perform a detailed underwate 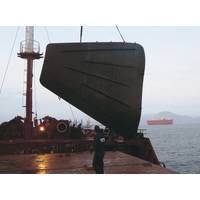 coordination, planning and supervision. Below are examples of the customized solutions by the R&D department: Replacement of a complete, prefabricated hull section at anchor In July 2011 the Tsavliris Salvage Group urgently dispatched a salvage tug in response to a call for assistance from bulk carrier Navios Sagittarius. The vessel had run aground on the Tonneberg Banke, about 23.5 miles east of Frederikshavn, Denmark. The vessel was towed to Frederikshaven for a detailed underwater inspection, extensive bottom repairs, and reloading of cargo. The chief subcontracting company for the inspection 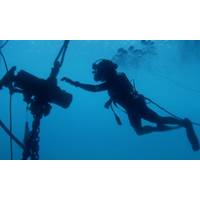 operations can also have need for similar inspection, recovery or repair operations. The viability of JDN hoists in the underwater environment has been demonstrated when their air operated hoists were successfully utilized for the removal and replacement of a 50 ton rudder on a fully loaded bulk carrier vessel. After breakdown during a voyage from Brazil to China, the ship was first towed to a safe mooring off the coast of Venezuela, where the rudder removal and replacement work was undertaken. Three standard air operated JDN Profi 25 metric ton capacity hoists were used in conjunction for this

production lines but with the growing rate of overseas production lines in the automobile industry, there was a growing trend of induction heaters being transported overseas. Our mid-tier induction heaters (300 – 600kw) are too large to fit in a container and shipment required transport on a bulk carrier. However, the development of a compact induction heater small enough to fit inside a container not only greatly reduces transport costs, but also constrains device disassembly during transport to a minimum. This can help a company achieve a vertical startup in the target country. For this

fillet welding consumables had to make two welding passes for the required weld leg lengths of around 8mm or above. As the IACS Common Structural Rules (CSR) require the use of 8mm leg lengths in some structural members, this has meant that the relevant welding time for oil tanker and bulk carrier newbuildings has virtually doubled. The IMO Performance Standard for Protective Coatings (PSPC), applicable to vessels over 500 gross tons and double-sided skin spaces in bulk carriers over 150m in length, also substantively requires welding beads to have a smooth profile in order to ensure