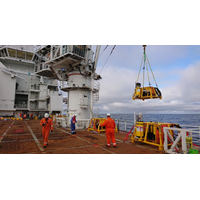 has recently supplied a couple of specially engineered mooring cables for the Lofoten-Vesterålen Cabeled Ocean Observatory.The Lofoten-Vesterålen Cabeled Ocean Observatory (LoVe) is a Norwegian infrastructure for marine research, monitoring and subsea technology development off the North Norway coast.Due to their peculiar harsh environmental application, these cables had to be conceived and manufactured to fulfil a wide range of data communication systems while guaranteeing the following key features:Breaking strength up to 4400KgReinforced construction with fibers embedded into outer 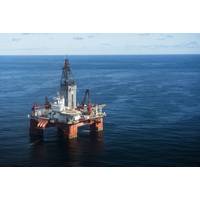 We have drilled more than 100 wells, and never had any significant accidents or discharges to sea," Statoil spokesman Bård Glad Pedersen said.Although Figueres said drilling in the Arctic did not make sense, Pedersen said the Johan Castberg field, due to start pumping in the early 2020s off north Norway, would have a break-even of $31 a barrel.Global warming is also making the Arctic - shared by Nordic nations, Russia, Canada and the United States - more accessible to shipping and mineral exploration.(Reporting by Alister Doyle Editing by Edmund Blair

Statoil is awarding a contract for pipelaying to Subsea 7 and for marine operations to Ocean Installer in the Askeladd field development.  "The Askeladd project is being developed in a period of several key milestones for Statoil in North Norway. The Aasta Hansteen field in the Norwegian Sea will come on stream at the end of the year. The Johan Castberg development began in earnest after it was recently sanctioned. In addition, Statoil’s drilling campaign in the Barents Sea is being pursued this year," says Torger Rød, Statoil’s senior vice president for project 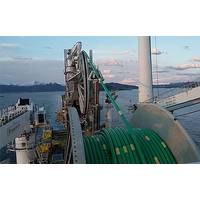 construction vessels like this arrive, they lead to buzzing activity, on the base, at Aker’s premises and in the local community in general – involving a range of services from food supply to transportation.   “The Aasta Hansteen SURF project has led to major spin-offs in North Norway, for example manufacturing of subsea templates, spooles and suction anchors as well as coating of pipes for the Polarled pipeline and also base services. Drilling on the field will start at the turn of the year 2017/2018, involving helicopter traffic from Brønnøysund and base services

impact assessment work. “The Johan Castberg project may be a central project for further development of the NCS and in the far north. The field will provide significant tax income. The field development and operation will also create new opportunities for the industry throughout Norway and in North Norway in particular,” says Arne Sigve Nylund, executive vice president for Development and Production Norway. Based on a spin-off report from Agenda Kaupang the Johan Castberg project, based on an investment estimate of between NOK 50 and 60 billion, will represent a significant part of NCS 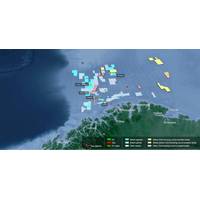 potential on the NCS. We have played a leading role in the Barents Sea for 40 years, and we are still a guarantee for high activity in the area,” indicates Averty.   New and major discoveries are crucial to maintain the current NCS production level up to 2030 and beyond. The areas off North Norway will play a key role in reaching this ambition.   “Through these agreements we are strongly increasing our presence in the Hoop area, we are fortifying our position around Johan Castberg, and we see new opportunities in the southwestern part of the Barents Sea,” says Averty 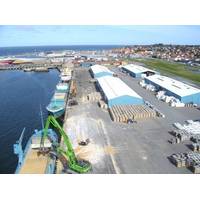 Kirkenes is becoming an important port for vessels conducting seismic surveys in the Arctic search for fossil fuels. Geographical proximity to the oil and gas fields and developed infrastructure draws companies to this North Norwegian town. One of the companies making a profit on the increased activity in the Arctic is Henriksen Shipping. Since the Agreement on Delimitation of the Barents Sea and Arctic Ocean came into force, Henriksen Shipping has had an enormous increase in the number of calls by vessels heading to Arctic waters for seismological surveys. This company has landed a large