and the need for more consistency in training. Offshore oil and gas activities are not, by nature, inherently safe. They involve handling large amounts of pressurised hydrocarbons and other produced fluids and gases. The industry has been improving its process safety performance ever since the Piper Alpha platform incident, in which 167 men died in 1988, but it still has far to go in effectively managing major hazard risks. Many elements behind the fire, fatalities and massive oil spill from the Macondo field in the Gulf of Mexico in 2010 had been seen before. Decision-making for Transocean’ 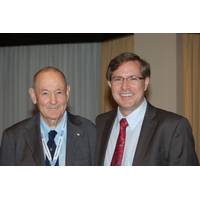 ; the first AUV survey ever done in 1982 followed by the longest AUV mission under the ice with AUV, Thesus in 1998.  The “adventure,” as he states, has put ISE at the forefront. “We started the ROV business pretty well in the world really. We did the first job on the Piper Alpha pipeline (in the U.K.) 30 some years ago and from there I decided that there was going to be a market for autonomous vehicles. I conceived a couple of different kinds and we got money from the Canadian government for opportunities they foresaw as things they wanted to do,” he said. The

jeopardizing the North Sea’s world-leading safety standards as the sector prepares for its biggest boom for 30 years. OPITO believes expanding the available talent pool of seasoned managers able to respond to a disaster on the scale of the Macondo blowout in the Gulf of Mexico in 2010 or the Piper Alpha tragedy is one of the biggest challenges facing the sector. The research will look at the role of OIMs in influencing safety amongst the workforce, including their commitment to safety and how this is manifested to the workforce. It will evaluate OIMs involvement in safety activities, their