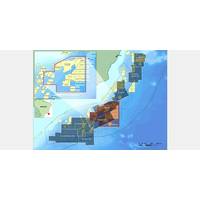 Paris-headquartered geosciences company CGG said it has commenced a new, large, long-offset BroadSeis survey located in the Campos and Santos Basins, offshore Brazil.The Nebula 3D survey is supported by industry funding.With an initial focus on Brazil’s 15th License Round blocks, the data is being acquired by the Geo Caribbean and a portion of the survey will provide 3D data coverage where no other 3D data currently exists.CGG Geoscience’s Subsurface Imaging Center in Rio will employ advanced data processing techniques to deliver improved imaging of pre-salt structures in these prolific 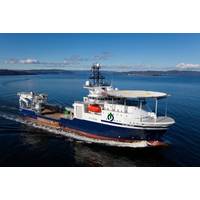 that its Brazilian partner has been awarded a contract to provide high-resolution hydrographic mapping services to Brazilian national oil company Petrobras.Working under contract to Brazilian offshore consulting company Cepemais, Ocean Infinity will go to work in the the Campos, Espirito Santo and Santos basins offshore Brazil, mapping an area of 5,000km2 and inspecting 12,000km of pipelines. Work will commence in mid-2019, and the contract duration is for three years.Ocean Infinity will operate a fleet of autonomous underwater vehicles (AUVs) from its vessel Island Pride in water depths of between 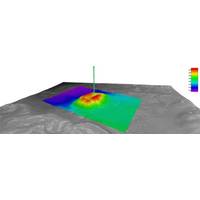 geoscience data company TGS, Fugro continues the hunt for hydrocarbon seeps, this time offshore Brazil.Two modern, purpose-built vessels – Fugro Brasilis and Fugro Searcher – have been deployed to acquire high-resolution multibeam echosounder and sub-bottom profiler data in the Campos and Santos Basins.The survey is designed to mirror TGS’s 2016-2017 Gigante and Otos projects in the Gulf of Mexico in which Fugro provided similar services. Covering an area of approximately 200,000 square kilometers, Fugro will use these data to identify and recommend the most prospective locations to target

TGS announces the Brazil Southern Basins SeaSeep Project in the Campos and Santos Basins, offshore Brazil. The project will cover existing TGS surveys in these hydrocarbon rich basins as well as the highly prospective Pre Salt trend where many untested structures exist.   Acquisition of the multibeam will commence late Q1 2018 with the coring and geochemistry stage to follow. Data will be available in Q4 2018 over the Round 16 licensing areas scheduled in 2019.  Final results in all areas will be available in late 2019. The survey is designed to mirror the successful Gigante and Otos 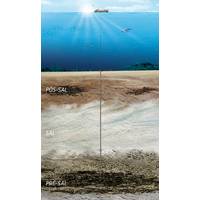 solutions and setting new water depth records. Petrobras increased its efforts in technology development to exploit this hard-to-access resource, in waters up to 2,200 m (7,200 ft). By the end of 2014, Petrobras was producing more than 700,000 bpd of oil in the pre-salt layer of the Campos and Santos basins. The oil and gas production in this challenging environment demanded the development of different riser systems, which were successfully applied and are now available for the industry. Additionally, Petrobras achieved a significant reduction in the drilling and completion time for wells. 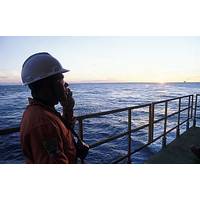 state of Espírito Santo to the state of Santa Catarina. Currently, more than a quarter of the proven Petrobras reserves come from the pre-salt. In 2013, forty-two wells were drilled in the pre-salt layer, coupled with the outstanding performance of the production platforms in the Campos and Santos Basins, so allowing reserves to increase by 43%. Importantly, along with the increase in reserves, production has also increased in pre-salt layer. On January 13, 2014, a second production well, with a production of 28,000 barrels of oil per day, on the Cidade de Paraty platform came on stream in