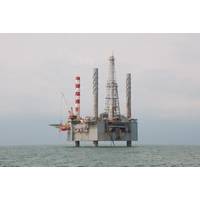 vessels, tugs and barges and recently finished restructuring its debt after getting "almost zero" enquiries in the previous two years."It is going to be difficult to attract new people or even bring back those who have left," he said.Even sector heavyweights Keppel Corp and Sembcorp Marine said recently they were not hopeful of any quick recovery."While overall sentiment and offshore capex spend have begun to improve, it will take some time before sustained new orders occur," Wong Weng Sun, Sembcorp Marine's chief executive, said at its results briefing this month 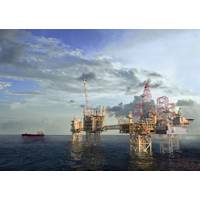 will be responsible for carrying out the electrical work, while the piping and painting work will be carried out by two other companies. The Culzean complex consists of a central processing platform, a wellhead platform, a living quarter platform, which are currently under construction at the Sembcorp Marine yard in Singapore. Production from the natural gas field is expected to commence in 2019. In Singapore Semco Maritime will even now set up a team of hook up specialists to prepare the installation work in order to have everything planned when the platforms arrive in the North Sea next summer 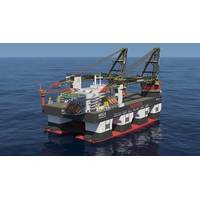 A recent partnership between Sembcorp Marine and GE aims realize one of the most challenging offshore projects in recent times for Heerema’s new Semi-Submersible Crane Vessel (SSCV) Sleipnir, which at 220 meters long and 102 meters wide, will be the world’s largest crane vessel.   Equipped with two cranes, each boasting a lifting capacity of 10,000 tons, Sleipnir will be used for offshore construction and heavy lifting.   A recent deal signed between GE’s Marine Solutions business and Sembcorp Marine will see GE provide technology that will be at the heart of the

Sembcorp Marine subsidiary SMOE Pte Ltd has secured an Engineering, Procurement and Construction (EPC) contract worth over USD One billion (including long lead items) from Maersk Oil North Sea UK Limited. The contract includes the building of the Central Processing Facility plus 2 connecting bridges, Wellhead Platform and Utilities & Living Quarters Platform Topsides for the Culzean Field Development. The facility will be installed at a water depth of some 90 meters in UK sector of the Central North Sea. SMOE will provide engineering, procurement, construction and onshore pre-commissio

extension in the U.K. sector of the North Sea at a dayrate of $190,000 ($17 million estimated backlog).  * Sedco Express - Awarded a 45 day contract offshore Nigeria at a dayrate of $300,000 ($14 million estimated backlog).  * The company has amended its construction contracts with Sembcorp Marine's subsidiary, Jurong Shipyard, to delay the delivery of its two newbuild, ultra-deepwater drillships by 24 months. The two drillships are now expected to be delivered in the second quarter of 2019 and the first quarter of 2020, respectively.  * The GSF Monarch and Transocean Spitsbergen 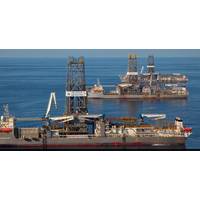 Transocean Ltd. inform that a subsidiary company has awarded contracts to Sembcorp Marine's subsidiary, Jurong Shipyard, in Singapore for construction of two newbuild dynamically positioned ultra-deepwater drillships with contract options for up to three more.  The two drillships are expected to be delivered from the shipyard in the second quarter of 2017 and the first quarter of 2018, respectively. The combined capital cost is estimated at approximately US$1.24 billion including the shipyard contracts; project management; owner-furnished equipment; inventory and capital spares; but excluding