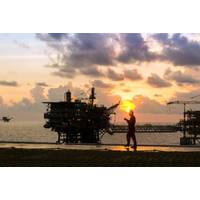 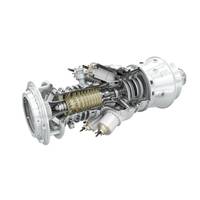 Heavy Engineering (MMHE) which has formed a joint venture with TechnipFMC to execute the work for Petronas.Siemens will supply three SGT-300 industrial gas turbine generators (GTG), three mechanical-drive SGT-300 gas turbines and three DATUM centrifugal compressors for the Kasawari project in the South China Sea.With an estimated recoverable gas resource circa three trillion standard cubic feet (TSCF), the Kasawari field has been described as one of the most significant gas discoveries in Malaysia.Once in production, the field will produce up to 900 million cubic feet per day (MMCFD) of gas, which will 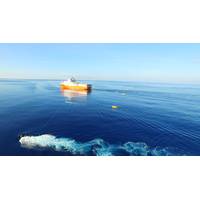 A Chinese government survey ship embroiled in a standoff with Vietnamese vessels moved south near Malaysia, shipping data showed Thursday, amid accusations that China is using the pandemic to assert its presence in the South China Sea.The Haiyang Dizhi 8 was spotted off Vietnam this week, returning after being closely tracked last year in the resource-rich waters, a potential global flashpoint as the United States challenges China's sweeping maritime claims.The ship appeared to have started a survey in waters 352 kilometers (218 miles) off the coasts of Brunei and Malaysia on Thursday, according 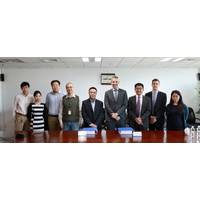 Services firm Subsea 7 said it has been awarded a contract to install risers for CNOOC’s Lingshui 17-2 gas field development project in the South China Sea.The contract from Offshore Oil Engineering Co. (COOEC) — worth between $50 million and $150 million — will see Subsea 7 transport and install five steel catenary risers with diameters ranging from 10” to 18”.Project management and engineering will commence immediately at Subsea 7’s offices in Kuala Lumpur, Malaysia, with offshore operations taking place in the first half of 2021, the company said.The Lingshui 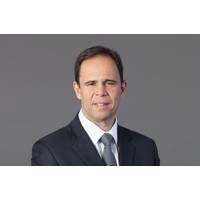 early stages of projects, we are able to simplify and standardize our processes and products. This is shared through our global organization, ultimately saving time and money for our clients."Key contracts powering the results include ones from CNOOC to deliver a subsea production system in the South China Sea. Also in the fourth quarter, Aker Solutions landed a strategic win on Northern Lights with Equinor as the project initiator and with Shell and Total as partners. This is a full-scale carbon-capture project. In Africa, its operations have gone according to plan with solid execution of major projects

U.S. based Oceaneering International has secured three subsea umbilical contracts valued in excess of $80 million in total. The contracts with major international operators are to supply developments in the Mediterranean Sea, the North Sea and the South China Sea.Two contracts are for electro-hydraulic, steel tube production control umbilicals, measuring approximately 106km in total, and related umbilical distribution hardware. The third contract is for three thermoplastic production control umbilicals with a total measure of approximately 42km and related umbilical distribution hardware.Manufacture 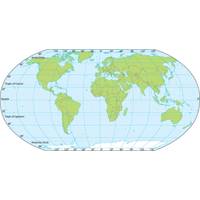 Scientist Pool Data to Create the $3B Ocean Map

parts of the world, and one of the reasons for that is access to resources," he said.Some countries, he added, are reluctant to give up strategic proprietary data to the Seabed 2030 project, largely due to national security concerns or in areas with sensitive geopolitical tensions, such as the South China Sea."There is already a lot of data which is sitting there but it's not being released. We hope to change attitudes and to really get countries to contribute," Barbiere said.The next phase of the project, he said, is to encourage data donors and crowd-sourcing - not just from exploration

MacArtney Singapore delivered a TRIAXUS ROTV with customized sensor payload to the Chinese Academy of Science for oceanographic research projects in the South China Sea.The Chinese Academy of Science, via MacArtney agent Geo Marine Technology Ltd, has purchased the first TRIAXUS ROTV to be utilized aboard CAS research vessels in the South China Sea.This milestone sale means that the MacArtney TRIAXUS ROTV is the first of its kind to enter the Chinese Ocean Science market and forecasts a future need for ROTV facilitated research in this region.Marine Observation Technology is a developing market as 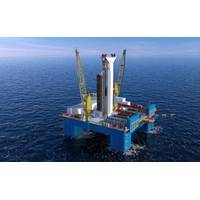 for the engineering and fabrication of a drilling system which will be integrated and installed on the moored drilling semi-submersible constructed at CMHI Haimen.This drilling system will be used for oil and gas drilling activities in shallow to medium water depths all around Asia, particularly the South China Sea.The contract is a result of a constructive cooperation between CMHI and Huisman during the semi’s concept design. The drilling system comprises an 1800kips static rated load Dual Multi Purpose Drilling Tower (DMPT), a single pipe setback drum,  innovative manipulator arms for pipe