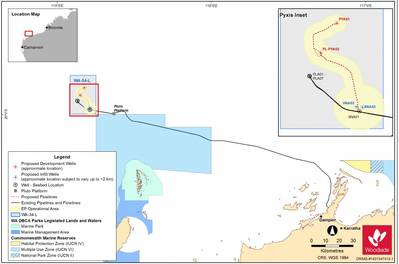 TechnipFMC announced on Friday it has been awarded an integrated engineering, procurement, construction and installation (EPCI) contract by Woodside for the development of the Pyxis and Xena fields, located offshore North West Australia.

The contract, which includes the design, manufacture, deliver and install subsea equipment including subsea production system, flexible flowlines and umbilicals, is valued between $75 million and $250 million, and is the first call-off under a recently executed five-year EPCI Frame Agreement between TechnipFMC and Woodside.

Arnaud Piéton, President Subsea at TechnipFMC, said, “We are very pleased to have signed a five-year Frame Agreement with Woodside that leads to this first contract under this agreement. This iEPCI contract combines our integrated subsea solution with our Subsea 2.0 products and illustrates TechnipFMC’s complete offering.”

On Thursday, Woodside revealed it has made a final investment decision (FID) for the Pyxis Hub project, which comprises the subsea tieback of the Pyxis, Pluto North and Xena 2 infill wells to support ongoing production from the Pluto LNG Project.