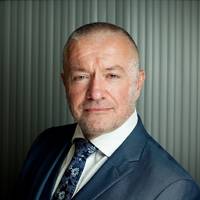 James Fisher Marine Services appointed Simon R. James as its new Subsea Operations Director effective February 2020.James joins with more than 25 years’ of experience in the marine, offshore and subsea service sectors, having held director-level roles at DeepOcean, Fugro and Iremis.In his career to date, Simon has worked with large and prestigious companies, both in the UK and abroad. Most recently, he held the position of Director of Operations at EM&I Group where he improved effectiveness and drove efficiency across operations in the Americas, Africa, Canada and Southeast Asia. 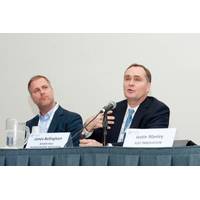 .Recognised by NOAA as a top-ranked hydrographic surveying firm, Fugro has worked continuously with the agency on similar IDIQ contracts since 1998.“Over the past 20 years, NOAA has been one of Fugro’s key clients in the US,” said Mark MacDonald, Hydrography Director for Fugro in the Americas.“Through this long and valued partnership, we have pioneered the use of multiple bathymetric surveying techniques, such as airborne lidar bathymetry, to improve the efficiency, quality and safety of shallow water surveys. We are honoured to help NOAA fulfil the country’s hydrographic 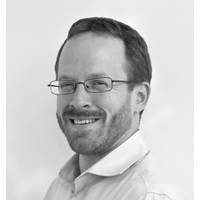 I think you could still say that tall of the events are driven by the Marine Science, Ocean Observation, Offshore Energy and Ocean Resource sectors, even if the proportions that attend at each event differs slightly. We are always looking to develop a unique audience for each event, for example at Oi Americas in San Diego, over 90% of the audience have never visited another Oi event before, a very important distinction to continue to develop in order to deliver value to the companies investing in each event. Oi China in Shanghai is predominantly Chinese although the team are also building audiences from 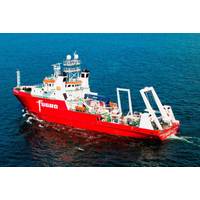 and techniques to site investigations in ways that reduce HSSE exposure and survey duration, while simultaneously providing superior data quality and ancillary datasets,” said Shell Project Manager, Deanne Hargrave.Fugro noted it has acquired more than 172,000 kilometers of AUV data in the Americas region since the early 2000s 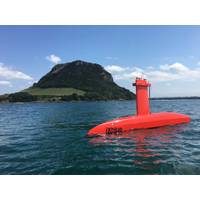 in the marine renewables sector as well as subsea construction, IRM and decommissioning in the oil and gas market, Unique Group said.The acquired units will be placed within Unique Group’s global rental pool and accessible to clients across the Middle East, Europe, South East Asia and the Americas 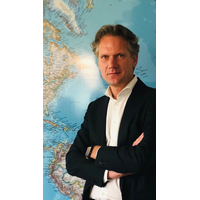 Svitzer has appointed Arjen Van Dijk as Chief Commercial Officer (CCO) for the Americas region.With more than 15 years in global shipping and transportation, the 43 year old Dutch maritime professional brings to Svitzer extensive knowledge and insights. He speaks Spanish and has lived and worked in both Argentina and Colombia and has worked in various other Latin American countries. Arjen Van Dijk is joining the Management Team in Svitzer’s regional head office in Miami. E&P companies, and recent record-breaking bids in the Orphan Basin, it is clear to us there is much excitement surrounding Canada’s growing offshore industry and Newfoundland and Labrador’s licensing rounds,” said Keith Kneale, Fugro’s Business Development Director for the Americas.A variety of further investigations - such as establishing environmental baselines, evaluating seafloor geohazards and preliminary planning for field development - ensures the data will deliver long-term value to any client purchasing a licence, Fugro said. Nalcor Energy-Oil and Gas was a partner 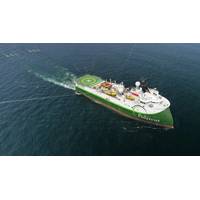 UAE based marine geophysical company Polarcus announced on Monday that it has been awarded a wide-azimuth project to be acquired in the Americas.Polarcus Naila and Polarcus Adira will perform the acquisition, and the project is expected to commence in early August 2019 with a duration of approximately four months; a total of eight vessel months.Following this award, Polarcus said its fleet is 100% booked for the second and third quarters of 2019. Its fleet is currently 60% booked for the fourth quarter of 2019 and 45% booked for the first quarter of 2020. 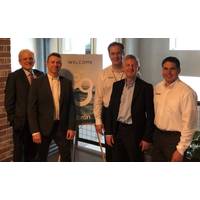 Fibron Gets a New Start

, diving, defense and oceanographic markets. The company, which designs, engineers and manufacturers umbilicals for safety- and process- critical applications around the world, was acquired by Actuant Corporation in 2008 before being acquired by Rubicon Partners late last year.Sales Manager for the Americas, Marco A. Cano, said, “Formerly part of Cortland (Actuant), Fibron had for the last 11 years adopted the parent company brand but never forgot its Fibron BX roots which began in 1986. In this sense, what’s old is new again, but we’re now taking what we’ve done collectively