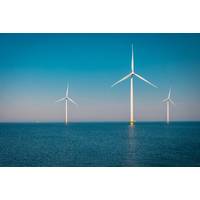 New York on Thursday awarded two major offshore wind contracts to Norway's Equinor and a joint venture between Denmark's Orsted and U.S. utility Eversource, procuring more of the renewable power than it had planned as part of Governor Andrew Cuomo's ambitious plan to slash greenhouse gas emissions.Cuomo made the announcement at a New York City news conference just before signing into law a landmark climate bill to reduce the state's greenhouse gas emissions to zero by 2050. The law mandates reducing emissions by 85% from 1990 levels by 2050, and offsetting the remaining 15%, making the 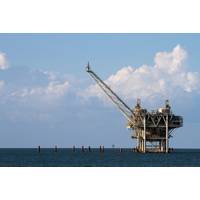 After Florida, more States Press US for Offshore Drilling Exemptions

activity each year, and support tens of thousands of jobs," Governor John Carney of Delaware, a Democrat, said in a Twitter post Wednesday morning.   "New York doesn't want drilling off our coast either. Where do we sign up for a waiver @SecretaryZinke?" wrote New York Governor Andrew Cuomo, also a Democrat.   An Interior Department spokeswoman did not immediately respond to a request for comment on how the department would address the requests.   Interior Secretary Ryan Zinke had announced late Tuesday that he was removing Florida state waters from the proposed offshore 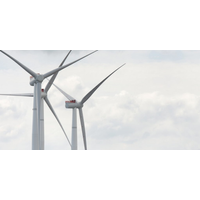 , making it a key part of New York State’s plan to deploy renewable energy sources to meet the state’s electricity needs. New York’s Clean Energy Standard mandates an increase in the share of renewables in its energy mix to 50 percent by 2030.  As part of that effort, Governor Andrew Cuomo recently called for the development of up to 2.4 gigawatts of offshore wind power by 2030.   Statoil said it is still in the early stages of developing the offshore wind farm; the Empire Wind project team is currently conducting an extensive evaluation process, gathering detailed information 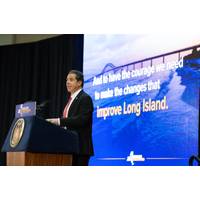 New York Governor Andrew Cuomo this week proposed to develop up to 2,400 megawatts (MW) of offshore wind power by 2030 capable of powering 1.25 million homes as the state seeks to lead the nation in renewable energy production.   The offshore wind proposal came after the Democratic governor said on Monday that Entergy Corp's 2,069-MW Indian Point nuclear power plant in Westchester County would shut by 2021 and the state planned to replace its power output with renewable and low carbon energy sources.   The offshore wind proposals include a 90-MW project to be built about 30 miles southeast