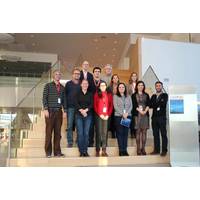 to generate, control and detect photons – an elementary particle of light carrying energy. It can be used to concentrate beams for cutting and welding as well as 3D scanning and surgical applications, through to more ‘ordinary’ applications, such as presence detection for door control, bar code scanning and printers.The global photonics market is expected to surpass $688 billion in 2020. Between 2005 and 2015, it showed a real annual growth rate of 7pc, which is twice as fast as global GDP growth and higher than many other sectors including food (2pc) and automotive (3-5pc).Ms Vila said 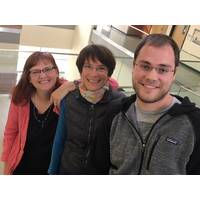 in our heart for a long time for the freshwater actinobacteria.”   The relationship began back in 2007, with Ryan Newton, one of McMahon’s first Ph.D. students. Newton, who’s now an assistant professor with the UW-Milwaukee School of Freshwater Sciences, developed a baseline bar code of actinobacterial RNA sequences that allows researchers to track, classify and enumerate bacteria in lakes. Using that code, Newton and McMahon demonstrated that actinobacteria are the predominant species in inland lakes.     In 2012, McMahon’s lab used a cutting-edge method to 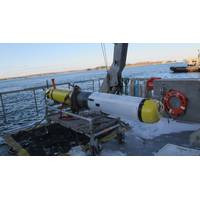 SUPR-REMUS: The Next Generation of Plankton Sampling

in coastal ocean waters, taking into account environmental parameters. The sampling system combines three cutting edge technologies—an adapted Suspended Particulate Rosette (SUPR) multi-sampler, a REMUS autonomous underwater vehicle equipped with sensors, and identification of organisms by DNA barcode analysis. The main objectives of the study were to couple the Suspended Particulate Rosette sampler (SUPR), designed by co-author Chip Breier for deep sea biogeochemical sampling, with a REMUS 600, and use this system to obtain the vertical distribution of barnacle larvae in Buzzards Bay. “