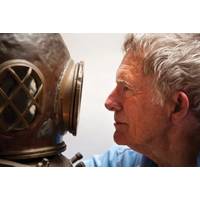 all, if Trieste had suffered catastrophic damage, both men would already be crushed by the ocean’s pressure. After a nearly five-hour descent, the Trieste reached the Challenger Deep, approximately 36,000 feet below sea level, on Jan. 23, 1960.Exactly 60 years later, on Jan. 23, 2020, the National Museum of the U.S. Navy in Washington, D.C., celebrated the anniversary of Trieste’s journey with a program featuring Walsh, the lone remaining pilot of the trip.“ONR is underappreciated for this whole enterprise,” Walsh said at the ceremony. “All credit is due to ONR— 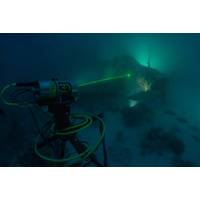 to capture precise, repeatable, millimetric data to build an accurate 3D model as a 21st century site map for this significant cultural heritage asset; and to serve as a “pre-disturbance survey” for the proposed recovery, conservation and public exhibition of the historic plane at the National Museum of the United States Navy in Washington, DC.This particular plane, US Navy Bureau of Aeronautics Number (BuNo) 1515, formerly assigned to Torpedo Squadron Five (VT-5) aboard the aircraft carrier USS Yorktown (CV-5) with the fuselage code "5-T-6" is located in a sensitive marine habitat 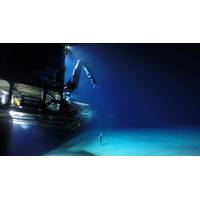 collected using ROV Jason confirmed the diverse nature of the eruption, bringing samples of dense lava, ash, pumice and giant pumice to the surface, including one piece measuring 5 feet (1.5 meters) in diameter that is the first of its kind ever collected and is currently on display at the National Museum of Science and Nature in Tokyo.   The physical and chemical composition of these samples are now helping scientists learn how the eruption proceeded, what made it act the way it did, and how the material changes over time

career sailing the open seas. More than 160 years later, little of Ishmael’s proposed classification remains intact, having given way to countless revisions in scientific understanding of the evolution and diversity of living whales.   Now, scientists with the Smithsonian’s National Museum of Natural History are re-examining the classification of an extinct 15 million-year-old fossil sperm whale. The fossil whale was originally described and named in 1925 by Smithsonian scientist Remington Kellogg as Ontocetus oxymycterus, but Kellogg miscategorized it as belonging to a group 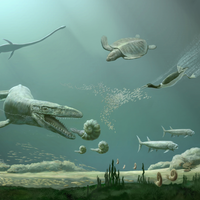 degradation, ship collisions and underwater noise.   “We know from the fossil record that previous times of profound change in the oceans were important turning points in the evolutionary history of marine species,” said Neil Kelley, a Peter Buck post-doctoral researcher in the National Museum of Natural History’s department of paleobiology and lead author in the study. “Today’s oceans continue to change, largely from human activities. This paper provides the evolutionary context for understanding how living species of marine predators will evolve and adapt to life 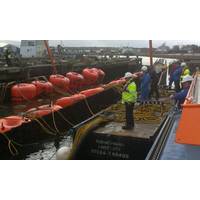 of buoyancy from its office in The Isle of Wight to the operation in Birkenhead Docks Liverpool.    Salvesen UK, a Liverpool-based contractor established for over 40 years and now conducting more than 1,000 diving projects a year, were engaged by Comet Technical Services on behalf of the National Museum of the Royal Navy to conduct a dive survey and some NDT inspection of the vessel during March, the result of which was that the hull was deemed in good enough condition to attempt the refloat. A grant of nearly one million pounds was awarded by the National Memorial Heritage Fund and operations 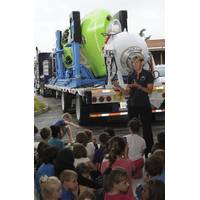 The record-breaking manned submersible was brought to the Navy Yard to be with the Trieste, which is housed in the National Museum of the United States Navy.  The Navy museum says that a large number of school children stop by to see Deepsea Challenger, a submarine designed by James Cameron, Academy Award-winning film director and diver, and Ron Allum, Deepsea Challenger pilot. The craft was built to explore the Marianas Trench's deepest point of "Challenger Deep". In March of 2012, Cameron, diving solo in Deepsea Challenger, replicated the U.S. Navy's Bathyscaphe Trieste's 1960 dive of