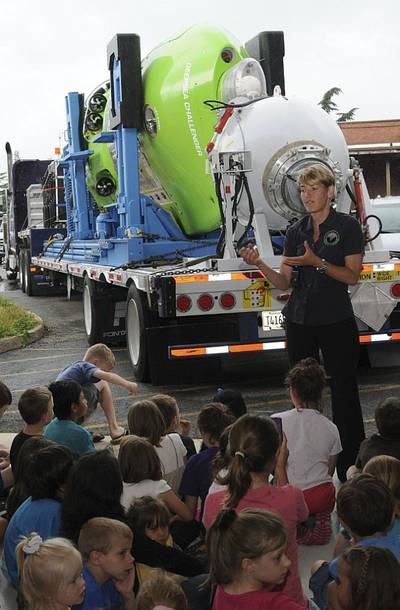 The record-breaking manned submersible was brought to the Navy Yard to be with the Trieste, which is housed in the National Museum of the United States Navy.

The submersible, due to advances in technology, measures less than a third the size of the Bathyscaphe. The submarine descended in less time, was able to record footage of the dive, and was able to stay at the bottom of the trench for more than three hours - six times the amount of time logged by the original explorers.

Speaking about the two historic sumbersibles,  Christina Symons (PhD), geologist, Cameron's expedition, said: "We wanted them to both to be at the same place at the same time, we couldn't pass up that opportunity.

Insights from the 50th International Congress of Maritime Museums

For many, the ocean is life. It provides transportation, work, commerce, food, recreation—tales as old as time and shared by people across the globe.