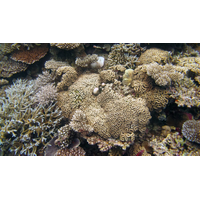 Study: How Much of Corals’ Nutrition Comes From Hunting

of their nutrients come from microscopic algae living inside of them, but if those algae aren’t creating enough sustenance, corals can use their tentacles to grab and eat tiny prey swimming nearby.A new study from researchers at the Woods Hole Oceanographic Institution (WHOI), the University of New Mexico, and Scripps Institution of Oceanography is revealing that more of corals’ nutrients come from this sort of hunting than previously expected, information that may help predict the fate of coral reefs as global ocean temperatures rise. The study published Sept. 17, 2019, in the journal Functional 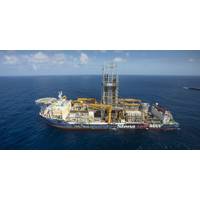 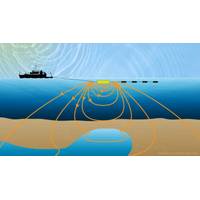 Fresh Water below the Seafloor?

Lizarralde have been anxiously awaiting the go-ahead on a proposal to drill water samples hundreds of feet below the shelf off Martha’s Vineyard to prove that subsea freshwater deposits are there and to determine their sources. That drilling proposal has been led by Mark Person, a hydrologist at New Mexico Institute of Mining and Technology, and Brandon Dugan at the Colorado School of Mines.   “I’d argue that these freshwater reserves ultimately could be tapped and be a resource,” Evans said. “If they are isolated deposits of fossil glacial fresh water, they’d 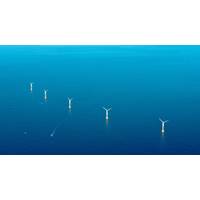 for third place at the end of 2016. The first offshore wind project in the United States also came online in the fourth quarter, the 30 MW Block Island wind farm off the coast of Rhode Island. More than 10,000 MW of wind is under construction in the United States, about half of which is in Texas. New Mexico's wind industry is growing rapidly, with 1,300 MW under construction. Once completed, those projects will double the size of New Mexico's installed wind capacity. Corporations and others outside the utility industry have become major purchasers of wind energy, accounting for 39 percent of capacity 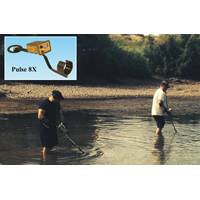 effectively do their job. An essential tool for locating evidence disposed of in a waterway, metal detectors routinely assist public safety divers in finding weapons, shell casings, stolen objects and explosive devices.    One agency having success with the underwater metal detector is the New Mexico State Police. The NMSP Search and Recovery Dive Team was established in 1963 in response to increasing demands for law enforcement divers to respond to drownings and underwater recovery of property and evidence. The team currently consists of nineteen officers stationed throughout the state. Although

Tamu Massif is a volcano the size of New Mexico and lurks 6,500 feet beneath the surface of the Pacific Ocean. During their 36 day expedition, the science team undertook a survey of immense proportions mapping an area nearly one million square kilometers in size. Not only were they able to gather new high-resolution acoustic imagery of this little known volcano, but they also collected 1.7 million magnetic measurements to better understand how such a large volcano was formed. The rocks of the giant volcano record the Earth’s magnetic field at the time they were erupted, giving scientists

; the second, commissioned in 1905, was a battleship that largely supported American Foreign Policy in Central America and conducted operations and exercises in Guantanamo Bay. The third Idaho was a motorboat commissioned in 1917 that patrolled New Jersey and Pennsylvania harbors. The last Idaho was a New Mexico-class battleship launched on June 30, 1917 and saw action in World War II. Virginia-class attack submarines provide the Navy with the capabilities required to maintain the nation's undersea supremacy well into the 21st century. They have enhanced stealth, sophisticated surveillance capabilities

over the past four months, dropping more than 40 percent from a record high of 1,609 in October. Texas, the state with the most rigs, again lost the most this week, shedding 32 to 537, the lowest since 2010, Baker Hughes said. The shale play with the biggest losses was Permian in West Texas and New Mexico, the nation's biggest and fastest growing shale oil play. The Permian lost 24 oil rigs to 328, the least since 2011, according to data going back to 2011. Horizontal rigs, the most efficient type of rig most often used to extract oil or gas from shale, fell by 51 to 895, the lowest since