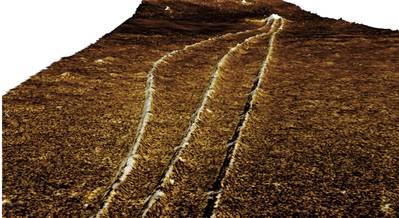 Kraken Robotics Inc. announced in a business activity update on Monday that it has recently received orders from four U.S. companies and one Canadian company totalling $2.8 million. The company expects to fulfill these contracts in the first half of 2020.

A new customer primarily targeting the defense industry will be using Kraken SeaPower batteries in its autonomous underwater vehicles (AUV). Kraken currently expects another battery order from this customer in the third quarter of this year.

An existing defense industry customer is acquiring additional SeaPower This is the customer’s third order of Kraken batteries.

An existing customer, a large defense contractor, is acquiring another AquaPix MINSAS sensor.

Due to report finalized fourth quarter and full year 2019 results in the second half of April, Kraken said 2019 was "a very strong year of growth", with expect 2019 revenue to be between $14.5 million and $15.5 million, more than double the $6.7 million achieved in 2018. Kraken said it expects the strong growth will continue in 2020 and 2021 based on existing orders, orders expected to close in the near term, and strategic wins with defense and commercial customers.

The copany noted military and commercial adoption of its products continues to increase following significant investments in research and development as well as sales and marketing. KRaken said it expects relationships with strategic partners such as ThayerMahan and Ocean Infinity and numerous customer sea trials to continue to generate revenue growth.

Kraken also said it is not currently experiencing major impacts from the recent oil price collapse and coronavirus pandemic, but noted that these developments could affect its supply chain, customers, employees and operations, which could of course impact the number of contracts closed, sales cycle lengths and ability to deliver product and services in a timely manner.

KATFISH towed underwater vehicle
In 2019, Kraken completed several customer demonstrations at sea in both the U.S. and Canada. Several military and commercial companies are in various stages of evaluating KATFISH along with our Autonomous Launch and Recovery Systems (ALARS). The company said it feels confident in its ability to deliver significant growth from this platform in 2020 and 2021 based on the current status within the sales cycle with several of the customers.

In October 2019, an unnamed international navy officially notified Kraken that it was the successful bidder on a program for the acquisition of new minehunting sonar systems utilizing several KATFISH vehicles and ALARS. The customer notified Kraken that it intended to enter a contract with the company after the expiration of a standstill period. However, in these types of competitive bid processes, any losing bidder has the right to file a protest of the decision. In this case, one of the losing bidders filed a protest and the complaint process is still ongoing. Due to confidentiality, Kraken is not able to discuss the details of the complaint process. However, currently we are hopeful that a contract will be executed with this customer during the second quarter of 2020.

ThunderFish AUV
Kraken delivered a ThunderFish AUV prototype to the Canadian Navy in 2019, and in 2020 are providing additional SAS sensor integration support to the customer. It also continuing development of ThunderFishXL, a subsea resident, large payload AUV as part of the OceanVision

Development of a new, low-power, man portable AquaPix MINSAS sensor is ongoing, and Kraken expects to make its first product delivery to the U.S. Navy under the Foreign Comparative Test program in the second quarter of 2020.

Kraken said it continues to develop numerous other innovative sensor technologies, further separating Kraken from traditional sonar market competitors. Two of these technologies include an ultra-high-resolution nadir gap filler solution and seamless SAS capabilities. The company expects to provide further details on these new technologies and related products in the coming months.

SeaVision Laser Scanner
In collaboration with an international oil and gas company, Kraken’s development of a unique, non-contact mooring chain inspection tool continues, with commercialization scheduled for the fourth quarter of 2020. This tool can be used to support existing offshore oil and gas inspection requirements, as well as upcoming offshore wind inspection requirements. This new platform is anticipated to significantly reduce the cost of inspecting critical infrastructure, which must be inspected regularly.

Under a recently signed Canadian government contract for our SeaVision underwater laser imaging platform, Kraken expects to be working with Parks Canada’s Underwater Archaeology Team in the Arctic this summer, as a continuation of the 2014 Franklin Expedition.

In the last six months, Kraken has completed several successful demonstration trials and commercial contracts with offshore oil and gas customers in North and South America for laser scanning of a wide variety of subsea assets.

Kraken is expecting follow-on orders from existing battery customers in 2020 as well as new customer announcements and deliveries.

The firm is planning a move into new larger facility in Rostock, Germany in the fourth quarter of 2020 in order to handle additional battery and thruster production.

Pressure Tolerant Thrusters – SeaThrust
Kraken signed a supply agreement with a supplier of robot cleaners to the aquaculture industry, MPI of Norway.

OceanVision
An Ocean Supercluster contract for the OceanVision project has been formally signed and includes multiple industry, government and academic partners.

This three-year, $20 million project will see the development of new sensor and underwater vehicle technologies as well as services (including Robotics as a Service and Data as a Service).

Kraken is currently planning its Spring 2020 ocean survey campaign, which will include collection of ocean data offshore Nova Scotia and Newfoundland and Labrador as we continue to demonstrate our technologies to our industry partners in the fishing, oil and gas, and ocean survey industries.

Kraken expects significant growth in this service business in 2020, incorporating dedicated personnel and equipment to service a broad customer base domestically and internationally.