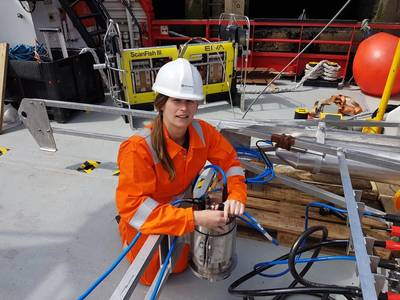 From the day it was founded close to 50 years ago, Sonardyne’s focus has been customer-driven innovation in our oceans for energy, science and security. Today, it operates on a global scale, providing underwater acoustic, inertial, sonar and optical technologies that are enabling users to position, monitor, measure, detect, image, log, analyze and communicate data, when and where they want in the ocean space.

The company is at the forefront of the drive towards safe, efficient and cost effective marine operations including: the latest in over-the-horizon, unmanned and remote autonomous navigation and data harvesting systems; centimeter-level seabed monitoring for hydrocarbon and geoscience applications; intruder detection systems able to detect and track next generation asymmetric threats in the defense space; and supporting emergent subsea resident robotics systems with hybrid navigation capabilities and super-fast, free space optical communications for live control.

This UK, privately-owned enterprise also has an eye on the future, and 2018 and 2019 has seen it make a number of acquisitions as part of a long-term diversification strategy. This includes environmental monitoring specialists Chelsea Technologies, and Danish maritime survey software and construction firm EIVA. Both organizations are to remain independently run and with their own brands.

Sonardyne’s recent focus includes collaborations with manufacturers of marine autonomous systems (MAS). This spring, its acoustic communications technology has been used onboard an unmanned surface vessel (USV) operating in the North Sea to harvest data from seabed sensor nodes in what is believed to be the first over-the-horizon operation by a UK-based oil major.

Around the same time, the company’s BlueComm optical modems were used to support the world’s first television broadcast from an untethered manned submersible, as part of the Nekton First Descent mission in the Seychelles.
Meanwhile, the company’s leading subsea hybrid navigation instrument, SPRINT-Nav, is helping to push the boundaries of long-range autonomous subsea navigation in partnership with the National Oceanographic Center (NOC). It’s already the instrument of choice for subsea resident vehicles and is supporting the most demanding autonomous underwater vehicle (AUV) applications, from the NOC’s ALR 2KUI to Cellula Robotics’ Solus LR.

Integrating all the technologies helps the company achieve its goal of making equipment not only more capable, but also simpler to use and, ultimately, to help make survey operations, ocean observation projects more efficient.