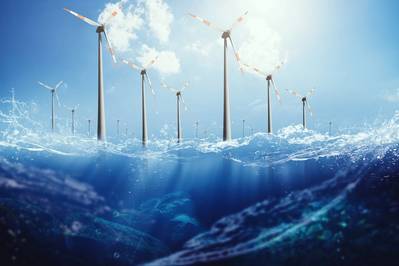 These announcements were made at a White House multi-agency public-private partnership summit that was focused on accelerating science, technology, and research in the oceans.

“Innovative challenges such as Waves to Water and Powering the Blue Economy are a great way to enhance partnerships between industry and the research community by unlocking the energy potential of our oceans,” said Under Secretary Mark W. Menezes. “By leveraging these collaborations we can enable ingenuity in marine renewable energy and strengthen America’s economic growth and energy security.”
The Waves to Water Prize, launched as a part of the Administration’s Water Security Grand Challenge, is awarding a total of $200,000 to competitors today to conclude the Stage 1 - CONCEPT portion of the prize.

The winning submissions came from industry, academia, and new innovators, and provided compelling ideas for systems that could harness the power of waves to desalinate water. Today also marks the opening of the Stage 2 - DESIGN competition, which challenges competitors to provide modeling documentation and a plan to advance their concepts through the remaining stages of the prize. Stage 2 is open for 120 days and offers up to $800,000 in prizes.

The overall prize will culminate at Stage 4 - DRINK, requiring competitors to demonstrate their full-scale system at an open water test site. A grand prize of $500,000 will be awarded to the competitor with the highest overall score achieved during open water testing. Several additional prizes will be distributed from an additional prize pool of $500,000 based on specific technical metrics.

The Ocean Observing Prize, announced by DOE and NOAA on September 18, 2019, is now open for submissions. The prize contains a number of competitions, the first being the Discover Competition, which seeks novel concepts that integrate ocean observing technologies with marine energy systems to address end-user needs across five broad themes: (1) Unmanned Vehicles; (2) Communications and Underwater Navigation; (3) Extreme Environments; (4) Buoys, Floats, and Tags; and (5) Blue Sea Ideas (i.e., other). The competition will be followed by a Develop Competition, which will focus on a single theme and challenge contestants to develop ideas into a functioning prototype. Together, the Discover and Develop Competitions will award up to $3 million in cash prizes as well as other in-kind awards.

The Waves to Water Prize and the Powering the Blue Economy™ Ocean Observing Prize are led by the DOE’s Office of Energy Efficiency and Renewable Energy’s Water Power Technologies Office (WPTO) and administered by the National Renewable Energy Laboratory on the American Made Challenges platform.

The Center for Ocean Ventures and Entrepreneurship (COVE) has launched the first chapter of the Wave of the Future, an interactive resource for kids…