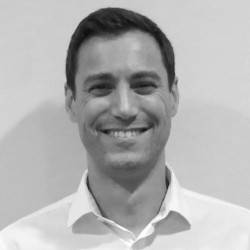 Sotzing will be responsible for the development and deployment of the company’s Sea Machines 300 technology system, as well as managing the engineering team. He reports to COO Jim Daly from the Boston office.
Sotzing joins Sea Machines from SeeByte, where he served as an engineering manager supporting unmanned vehicle technologies in Boston. Prior to relocating to Boston, Sotzing held positions of increasing responsibility for nearly nine years at SeeByte in Edinburgh, Scotland, most recently serving as project manager for the Autonomous Inspection Vehicle (AIV) project, which had commercial application in deep-water inspections.
He earned his Ph.D. in autonomous underwater vehicles from Heriot-Watt University, in Edinburgh, Scotland, and his undergraduate degree in computer science from Colby College, in Waterville, Maine.
• autonomous vessel technology • Heriot-Watt University • Scotland
Email