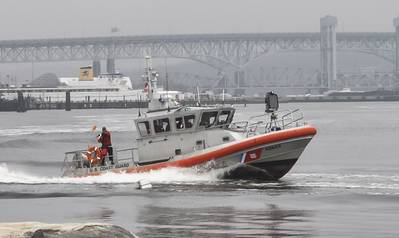 The new Auxiliary unit will support the RDC mission by coordinating requests for assets and skills in three focus areas: subject matter expertise, field research activities and public affairs. The new Auxiliary unit coordinator, Bruce Buckley, will develop a skills bank that matches Coast Guard research priorities to Auxiliary skill sets across the nation. The Coast Guard said it expects the unit will become a major force multiplier for its research.

The RDC has been executing Coast Guard research priorities in southeastern Connecticut since 1972. RDC reduces the risk and raises the value of introducing new technology into the Coast Guard by evaluating how it can be applied to Coast Guard missions. Its small research staff of military and civilian scientists and engineers has been partnering with operational commanders and research partners to facilitate these evaluations. The Coast Guard Auxiliary has a long history of supporting large-scale field testing, through voluntary dedication of their time and personal assets, to improve the performance of Coast Guard aviation and surface assets.

In the last few years the Auxiliary has become a key RDC partner in the execution of an array of diverse research projects, having worked side-by-side with RDC in field-testing alternatives to pyrotechnic signaling devices that resulted in a new hand-held electronic Visual Distress Signaling Device standard, The Auxiliary has also helped with public prize competition challenges that included serving as technical judges and providing test assets to evaluate person-in-the-water detection technologies, assisted RDC personnel with constructing a ground control station in Fairbanks, Alaska for a Department of Homeland Security-sponsored project on CubeSats, and created a documentary of large-scale oil burn research on Little Sand Island in Mobile Bay, Ala.

The RDC will host an outdoor exhibit including an unmanned response boat and other technology to highlight its autonomous technology research in conjunction with the unit stand-up.