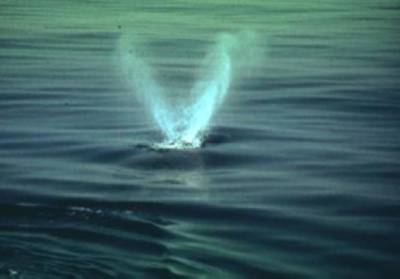 Hours prior to the rule's scheduled expiration, the Obama Administration decided to uphold the Ship Strike Rule – an important development in the ongoing efforts to protect endangered right whales.

'The Final Rule to Reduce the Threat of Ship Collisions with North American Right Whales', also known as the 'Ship Strike Rule', mandates speed restrictions of no more than 10 knots for vessels 65 feet or greater in certain locations and at certain times of the year along the east coast of the United States.

"We applaud the Department of Commerce's action – there is no doubt the ship strike rule has worked to conserve the ocean's few remaining right whales," said Margaret Cooney, International Fund for Animal Welfare (IFAW) Campaigns Officer.  "The reason is simple -- when ships slow down, the risk to whales is drastically reduced.  Any adjustments to weaken the rule would heighten the risk of pushing the species to extinction."

Scientific research shows that when ships travel at the required speed, the fatality risk falls by 80 percent. Since implementation of the Ship Strike rule in 2008, no right whales are known to have been killed by vessels within 40 nautical miles of management areas with active speed restrictions.

However, the International Fund for Animal Welfare (IFAW) says it is concerned about preliminary requests from the shipping industry to weaken the regulation.