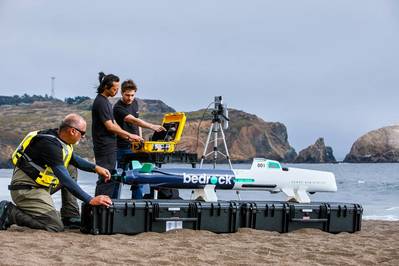 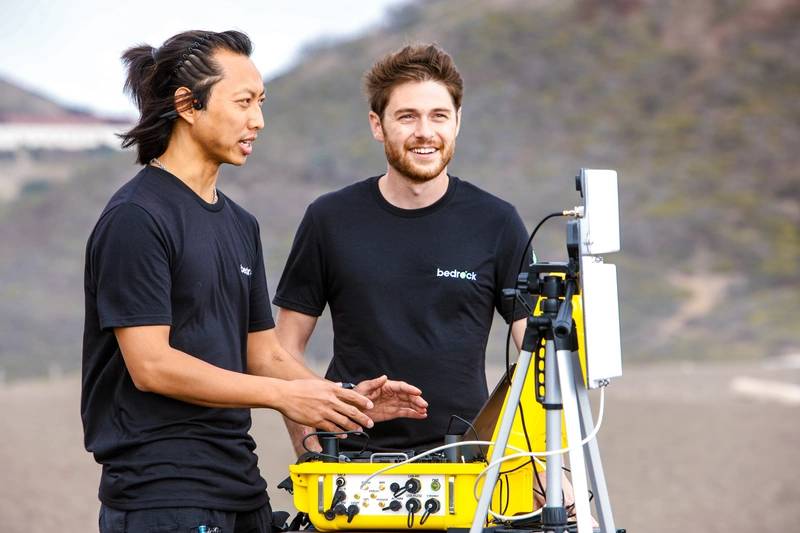 The full package, according to the founders, promises to speed up the collection of ocean data by a factor of 10.

The company’s fully electric AUVs is touted by the developers to allow Bedrock to improve the speed and efficiency of seafloor acquisition and mapping, in some circumstances delivering data that’s up to 50 times higher resolution than the best publicly available maps, they claim. It is designed to geophysically map the ocean floor in high resolution without the need for large survey ships accelerating the rate and increasing the efficiency of seafloor data acquisition.

Mosaic's beta waitlist — open to the public now — provides all owners, users, and managers access to seafloor data enabling them to efficiently share marine survey data. It is agnostic to the data acquirer, meaning anyone that touches seafloor data from raw to processed can have a centralized place to store and work with their data.

Within its current services, Bedrock is launching a free tier of 50GB of private seafloor data storage, which enables anyone with an internet connection a way to publish survey data to the free, public ocean dataset, as well as easily download anything already within it.  Bedrock’s goal with this is to encourage the public to contribute any obtained marine data to the public map, in the simplest way possible.

World First: Saildrone Captures Video from inside a Cat 4 Hurricane

Saildrone Inc. and NOAA have released the first video footage gathered by an uncrewed surface vehicle (USV) from inside a…

Bureau Veritas (BV) delivered an Approval in Principle (AiP) to iXblue for its Unmanned Surface Vessel (USV) DriX, an AiP…