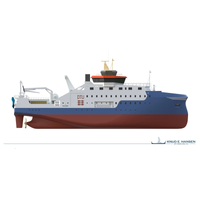 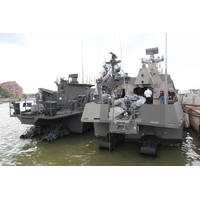 fleet.The ST2400 VDS is designed to provide accurate and highly reliable performance for detecting submarines, mines and Unmanned Underwater Vehicles in Littoral waters. The ST2400 VDS upgrade will enable the Anti-Submarine Warfare (ASW) capability on all four Hamina-Class Corvettes operating in the Baltics.The ST2400 VDS is a medium-frequency sonar designed with an emphasis on performance and operation in shallow waters. It features a compact design, weighing under three metric tons and can be rapidly deployed for high speed maneuvering in addition to full stop (dipping mode). The unique ST2400 VDS 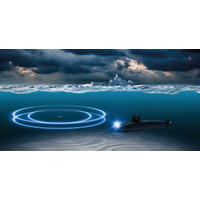 program for the Göteborg-Class Corvettes fleet.   The main purpose of the ST2400 VDS is to detect submarines, mines and Unmanned Underwater Vehicles in Littoral waters. The ST2400 VDS upgrade will strengthen the Göteborg-Class Corvettes Anti-Submarine capability operating in the Baltics.   The ST2400 VDS is a medium-frequency sonar designed with an emphasis on improving performance and operation in shallow waters. It features a compact design, weighing under 3 tonnes and can be rapidly deployed for high speed manoeuvring in addition to full stop (dipping mode). Key features 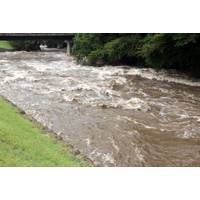 team studied European river data from more than 4,200 measuring stations from 1960-2010 and said the findings, published in the journal Science, were the first to link global warming to floods across a continent.   The clearest evidence was in northeastern Europe, spanning western Russia, the Baltics and Nordic nations, where snows were melting earlier in spring. Peak floods in spring were often more than eight days earlier than in 1960, it said.   "Years with late snow melt have become rare" in the region, co-author Berit Arheimer of the Swedish Meteorological and Hydrological

Royal Dutch Shell, Total and Eni were key winners in Russia's Rosneft sea-borne Urals tender in the Baltics for October 2014 through March 2015, trading sources told Reuters. In total in seaborne tenders, buyers were offered 4.8 to 11.0 million tonnes of Urals in October 2014-March 2015 versus a combined 9.24 to 15.24 million tonnes in the second and third quarters. (Reporting by Gleb Gorodyankin; Writing by Katya Golubkova; Editing by David Holmes)