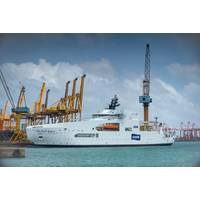 and provides a comfortable platform for the operational personnel and the interior design of the vessel is aesthetically appealing. The vessels material, equipment, construction, quality and performance conform to the highest internationally accepted marine industrial norms and standards. It is built to ClassNK classification society standards and meets the regulatory requirements of the Japanese Government (JG requirements).Colombo Dockyard PLC is a flag ship investment of Japan and operates in joint collaboration with Onomichi Dockyard Company Limited of Japan. The Sri Lankan Government institutions 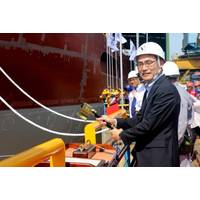 Vessel shall have a bollard pull of 80 tonnes with a range of 10,000 nautical miles and has Dynamic Positioning capability to Class 2 for precision maneuvering.The basic design and production drawings for the construction are supplied by VARD Designs, Norway. This vessel is being built and is classed by ClassNK and meets the regulatory requirements of the Japanese Government.This vessel which is 113.1 meters in length, 21.5 meters in breadth, 8.8 m depth, with a maximum load laying draft of approx 7.1 meters has a deadweight carrying capacity of 5,300 DWT and a planned average cruising speed of 14.5 knots 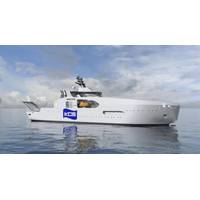 ;s newest vessel, a VARD 9 01 design tailor-made for installation and repair of subsea telecom cables, with a high capacity below-deck cable carousel.   Developed in close cooperation with the ship owner, the shipyard and key suppliers, the new vessel will be constructed in full accordance with ClassNK and Japanese flag regulations as well as all relevant international safety and environmental standards. The vessel will feature diesel electric propulsion, DP2 positioning and large cable tanks combined with a 2,000 ton capacity carousel. The total cable carrying capacity is 5,000 tons. The outfitting 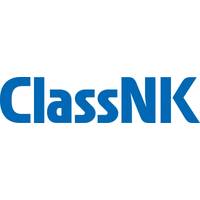 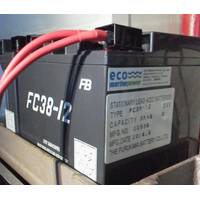 energy projects.   Now available from Eco Marine Power (EMP), a developer of renewable energy solutions for ships, in cooperation with storage batteries and electrical machinery manufacturer Furukawa Battery Company of Japan, the battery range has been accepted for use on classed vessels by ClassNK (Nippon Kaiji Kyokai) in addition to having been evaluated by EMP.   Three main battery types from Furukawa Battery will now be used by EMP as part of its Aquarius Marine Solar Power and Aquarius MAS + Solar solution packages. Details of these battery technologies are as follows: FC38-12: 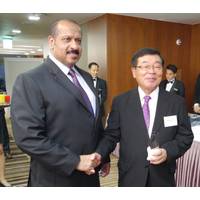 Noboru Ueda, Chairman and President of ClassNK attended the delivery ceremony for the M/T Al Yarmouk, constructed at Daewoo Shipbuilding & Marine Engineering Co., Ltd. (DSME) and delivered to Kuwait Oil Tanker Co. S.A.K. (KOTC) in Geoje, Korea on August 25, 2014. The 317,300DWT very large crude carrier (VLCC), named the M/T Al Yarmouk following its delivery to KOTC, was built as Hull No. 5391 at DSME under ClassNK Rules and Regulations and in line with KOTC’s strict standards on safety and environmental performance. During the construction, ClassNK provided extensive professional and 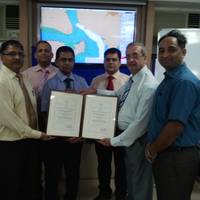 Noboru Ueda, Chairman and President of ClassNK announced that it has granted type approval for the new MX-200F welding consumable, developed by Kobe Steel Co., Ltd. (KOBELCO) to greatly improve welding efficiency and coating quality in commercial vessels.  Up until now, shipbuilders using conventional fillet welding consumables had to make two welding passes for the required weld leg lengths of around 8mm or above. As the IACS Common Structural Rules (CSR) require the use of 8mm leg lengths in some structural members, this has meant that the relevant welding time for oil tanker 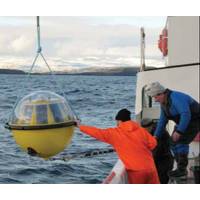 Kyushu University announces it has set up a new Department of Ocean Energy Resources with support from leading classification society ClassNK: the new department will join the Graduate Faculty of Engineering at Kyushu University and is supported  by ClassNK for two years from 1, April 2014. The Department of Ocean Energy Resources is the result of comprehensive collaboration between ClassNK and Kyushu University to create an education hub to promote research into new technologies to develop ocean energy sources. As part of this collaboration, ClassNK will share the knowledge and experience it