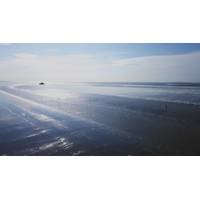 Helping to Keep Waterways Navigable in the Netherlands

effects.The construction of the Afsluitdijk, a 32 km dike through the IJsselmeer and Wadden Sea, has resulted in a major morphological shift in the Dutch section of the Wadden Sea, one of the world’s largest tidal flats systems, which stretches from the Netherlands to Denmark.Off the northern Dutch coast, the sea bottom is rising and the maritime navigation channels for ferries are rapidly clogging up with sediments. The navigation channel for the ferry crossing between Holwerd and the island of Ameland has to be dredged around the clock to keep it accessible. Near the village of Holwerd, sedimentation 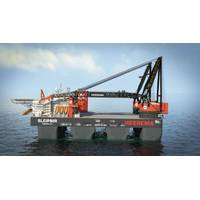 Heerema Marine Contractors said it has been awarded the Petrofac contract for TenneT's Hollandse Kust Zuid (HKZ) Alpha project, one of the largest offshore wind farm zones being developed in the North Sea off the Dutch coast.The award entails the transport and installation of the HKZ Alpha HVAC platform. This platform is a high-voltage substation, an essential component of offshore wind farms that run electricity to the mainland, in this case the Maasvlakte.The 2,800-metric-ton jacket for the HKZ Alpha substation will be installed in the second quarter of 2020 followed by the 3,800-metric-ton 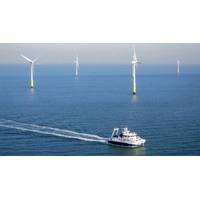 Development of the first unsubsidized offshore wind farm is well underway off the Dutch coast after bouts of bad weather delayed the project earlier this year, said Swedish power company Vattenfall.The European energy company is building the 750-megawatt Hollandse Kust Zuid 1 & 2 wind farm off the coast of The Hague and Noordwijk. Vattenfall said it expects the wind farm will begin generating electricity by the end of 2022, ultimately supplying power to up to 1.5 million households.Dozens of researchers at the North Sea will be working day and night through the summer to learn as much as possible

Fugro won a substantial marine site characterization project off the Dutch Coas, the largest geotechnical site characterization program tendered by the Netherlands Enterprise Agency (RVO.nl, part of the Ministry of Economic Affairs and Climate Policy) and to be performed in the Hollandse Kust (west) Wind Farm Zone. Other contracts executed by Geo-data specialist Fugro in the various zones of Hollandse Kust (zuid and noord) and Borssele wind energy developments since 2015 include geophysical and geotechnical data acquisition and metocean monitoring.With project preparations underway, and a target start 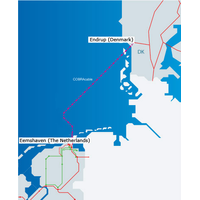 A subsea power line set to link the networks of Denmark and the Netherlands reached the Dutch coast on Friday as part of plans to share excess electricity from wind farms and other sources.The 325 km (202 mile) long COBRAcable, short for Copenhagen, Brussels and Amsterdam, has a capacity of around 700 megawatts (MW) and is expected to become fully operational in the third quarter of 2019."This is an important step towards the integration of electricity networks in western Europe," said Jeroen Brouwers, spokesman for Dutch grid operator TenneT."We will now have the first link between the

from New York to Shanghai as well as low-lying nations from the Pacific Ocean to the Netherlands.“We’re watching these reports closely,” said Michiel van den Broeke, professor of Polar Meteorology at Utrecht University in the Netherlands, saying they were the guide for defending the Dutch coast.Under the 2015 Paris climate agreement, almost 200 governments set a goal of phasing out fossil fuels this century to limit warming. U.S. President Donald Trump plans to pull out of the pact and to focus instead on U.S. jobs and coal.Chris Rapley, a professor of climate science at University College

In February 1989 the RoRo vessel Vinca Gorthon ran into heavy weather and sank off the Dutch coast. She landed on an oil pipeline that was severely damaged. Although the probability of sinking on top of a pipeline is very small, the incident showed that it can happen.   Shipping traffic can represent a potential hazard to subsea pipelines in various ways, such as sinking or grounding, lost containers or an anchor hooking onto a pipeline. Over the years MARIN has contributed to the development of a method by which the burial depth of a cable or pipeline is determined on the basis of actual

In May 2017 the Dutch coast was hit with a “mini tsunami” that brought a flood wave more than 2 meters tall, sweeping away beach chairs, boats and parasols.   No one was seriously injured, thanks to the fact that the wave reached the beaches very early in the morning, at about 5:30 am local time.   About 50 kilometers southwest of Zandvoort there are two WERA ocean radar systems installed at Monster and Ouddorp. These systems are owned by Rijkswaterstaat (a part of the Ministry of Infrastructure and the Environment) and measure the ocean currents around the entrance of the

The first ocean cleanup system ever tested at sea will soon be deployed for trials 23 kilometers (12 NM) off the Dutch coast. The goal of the test is to see how the floating barrier design is able to cope in extreme weather at sea during a 12-month period. The Ocean Cleanup, a Dutch foundation developing advanced technologies to rid the oceans of plastic, unveiled its North Sea prototype today in the presence of The Netherlands government, as well as the main sponsor Boskalis, who will transport and install the prototype this week. “It has been inspiring to work with The Ocean Cleanup team