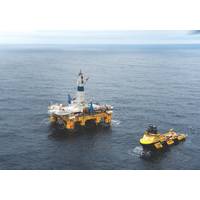 and rig mogul, billionaire John Fredriksen — is extra bullish on Onshore. Borr will pay $1.35 billion to buy Transocean’s 15 jack-up rigs, including associated debt, five newbuilds and their drilling order book. The new company will own 17 rigs. Earlier in 2016, Borr agreed to buy two Hercules Offshore jack-ups.    The Petoro document that confirms there’s been lots of drilling off Norway lately also adds that much of it has been and will be from oil platforms. Fixed installations are fine for newbie Well Genetics’ DNA-based tracer technology to help oil companies

Maersk Drilling has entered into a definitive agreement to acquire the newbuild harsh environment jack-up rig, formerly named Hercules Highlander, from a subsidiary of Hercules Offshore (Nasdaq: HERO) and with immediate delivery from Jurong Shipyard Pte Ltd (Jurong) in Singapore.  According to the agreement, Maersk Drilling assumes the right to take delivery of the rig and Maersk Drilling settles the final payment of approx. USD 190m with Jurong. After delivery, the rig will be mobilised to the North Sea to commence a five-year drilling contract with Maersk Oil and its partners, BP and JX 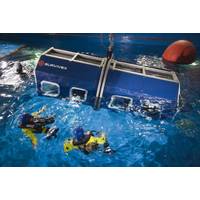 Survivex has signed a contract with Hercules Offshore for the provision of a fully outsourced Training Management Service (TMS). The contract, estimated to be worth in excess of $747,500 annually, is the first to be secured by the newly established Survivex TMS department. The long-term agreement will commence immediately as Hercules prepares for operations within the North Sea. The TMS team will be responsible for producing a comprehensive training matrix, identifying skills gaps and creating individual training plans for Hercules employees.  The subsequent sourcing and booking of training 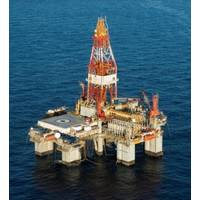 few years ago are starting to be delivered, so it's driving revenue higher in the near term," ISI Group analyst James West said. Offshore drillers such as Noble Corp, Transocean Ltd and Ensco Plc are taking a hit because their customers are moving away from expensive offshore production. Hercules Offshore Inc reported a 1.5 percent drop in its third-quarter revenue on Wednesday due to softened drilling activities and lower rigs utilization. Offshore drillers are expected to post a 14 percent drop in revenue on average, while their onshore peers are expected to report a more than 16 percent 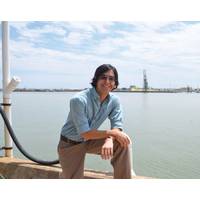 I’ve been associated with the university, there’s always been a demand for our engineering graduates,” he said. “The offshore and coastal sectors are hungry for engineers, and they pay well. “Our graduates have been employed by Chevron, Keiwit Offshore, Heerema, Hercules Offshore, Wood Group, Technip and Oceaneering to name a few,” Bailey said. “In 2013, 92%  of our graduates with this degree had jobs, or were accepted into graduate programs before they graduated and the last graduate was hired shortly afterward by Keiwit Offshore. According to Bailey 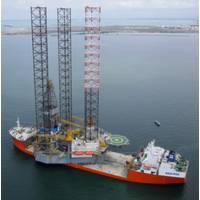 its January 22, 2014 Fleet Status Report, and gives notice of its Fourth Quarter and Full Year 2013 Earnings Release Date and Conference Call. Fleet Status Report The latest report contains detailed contract information for each of the Company's drilling rigs.  The Report also includes the Hercules Offshore Liftboat Fleet Status Report, which contains information by liftboat class for December 2013, including revenue per day and operating days.  The Report can be found on the Company's website at <www.herculesoffshore.com>  under the "Investor Relations" section of 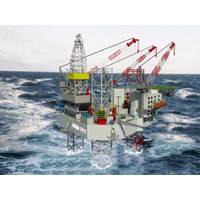 Keppel FELS delivers the harsh environment rig to Discovery Offshore, which is managed by Hercules Offshore. Named Discovery Triumph at the delivery ceremony, the first KFELS Super A Class jackup has been delivered 46 days ahead of schedule and with a perfect safety record. The ultra high-specification jackup rig has been designed for the harsh environmental conditions of the North Sea (UK Sector). Its enhanced leg design incorporates Keppel's proven and reliable high capacity rack and pinion jacking system which ensures that the rig is able to jack up and stand firm in a secure and safe manner even

Hercules Offshore agrees sale of 11 inland barge rigs, which includes three active rigs, eight cold stacked rigs and related assets  (Inland Asset Package) for cash proceeds of approximately $45 million. Excluded from the 'Inland Asset Package' are the Hercules 27, for which the Company has a separate agreement to sell the rig to a third party for $5 million, the Hercules 52, and the Hercules 9.  The Company will also retain existing working capital within the Inland segment.  Closing will be staggered based on the expiration dates of existing contracts on the three active rigs and