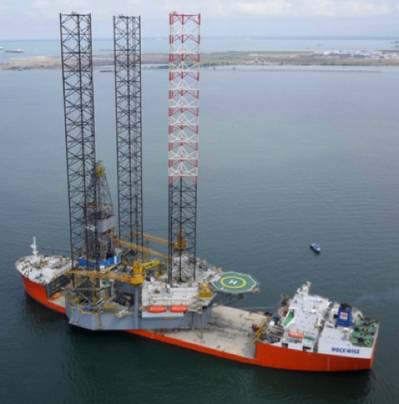 The company says it has published its January 22, 2014 Fleet Status Report, and gives notice of its Fourth Quarter and Full Year 2013 Earnings Release Date and Conference Call.

The Report can be found on the Company's website at <www.herculesoffshore.com>  under the "Investor Relations" section of the website.

2013 Earnings Release Date and Conference Call
Hercules Offshore has scheduled a conference call to discuss its fourth quarter and full year 2013 financial results on February 6, 2014. The call will take place at 10:00 a.m. CST (11:00 a.m. EST). The financial results are scheduled to be released publicly prior to market opening in the United States on that same day.

Hercules advises that to participate in the conference call by telephone, call one of the following telephone numbers 10 minutes prior to the scheduled start time:
866-277-1184 (Domestic)
617-597-5360 (International)
The access or confirmation code is 40102958.

About Hercules Offshore
Headquartered in Houston, Hercules Offshore, Inc. operates a fleet of 38 jackup rigs, including two Keppel FELS Super A high-specification, harsh-environment jackup rigs, and 24 liftboats. The Company offers a range of services to oil and gas producers to meet their needs during drilling, well service, platform inspection, maintenance, and decommissioning operations in several key shallow water provinces around the world.