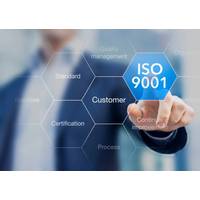 and in response to our customers’ seeking suppliers with the accreditation,” Soares said. “A challenging standard to meet, our state-of-the-art new facility took two years to gain certification.”    ISO standards are developed and published by the International Organization for Standardization. The certification for the manufacturing facility in Macae covers, design, manufacturing, and installation of polymer-based products or metal composites, mechanical and thermal protection of flexible pipes, umbilical’s, cables and pipes used in the oil and gas industry.

, announced that its Quality Management System (QMS) recently had its successful ISO 9001:2008 Recertification audit carried out by certification body and classification society DNV-GL.   ISO 9001:2008 is a globally recognized standard for QMS implementation from the International Organization for Standardization (ISO).   During the audit, BIRNS' QMS was thoroughly reviewed across all applicable company departments and all standard elements to ensure proper implementation, procedure compliance and proof of continuous process improvements, as required by the Standard.

recently published MEPC Circ. 833 “Guidelines For The Reduction Of Underwater Noise From Commercial Shipping To Address Adverse Impacts On Marine Life” which sets out advice on design and operational solutions that may be adopted to reduce underwater radiated noise. The International Organization for Standardization (ISO) has developed the (ISO/PAS) 17208-1 – Acoustics – Quantities and procedures for description and measurement of underwater sound from ships – Part 1: General requirements for measurements in deep water and ISO/DIS 16554 – Ship and marine technology 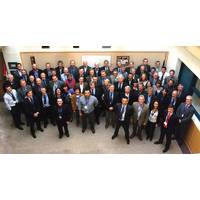 The Quest for Arctic O&G Standards

;s, Newfoundland and Labrador in early October 2013 to further the creation of standards for resource development in the Arctic. The countries represented included Canada, U.K., France, Italy, Norway, Netherlands, and Russian Federation. It was the third annual meeting of the International Organization for Standardization’s (ISO’s) Technical Committee on Arctic Operations (ISO TC 67 SC8) which focused on advancements in standards with regard to (1) ice management (led by Canada), (2) escape, evacuation and rescue (Russia), (3) environmental monitoring (Russia), (4) working environment 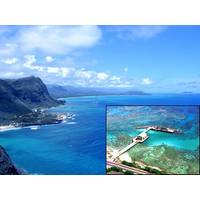 Makai Ocean Engineering received ISO 9001:2008 certification which is the internationally recognized quality management standard that helps monitor and optimize an organization’s overall performance. The certification standards published by the International Organization for Standardization provide a rigorous system for measuring and evaluating quality management systems (QMS) by an accredited, independent agency with periodic audits to ensure ongoing compliance to the QMS standards. ISO 9001 certified organizations are distinguished by the quality of their products, services and processes.