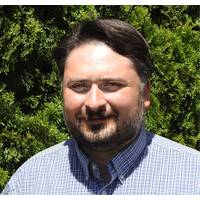 investigated synoptic meteorological drivers of storm surge events in the western Canadian Arctic, including a traditional knowledge study through direct consultations with residents in three coastal communities in the Inuvialuit Settlement Region.  Dr. Asplin completed a Ph.D. at the University of Manitoba under Dr. David Barber investigating how Arctic storms influence dynamic and thermodynamic processes in Arctic sea ice and across the ocean-sea ice atmosphere interface, and how these processes might change with climate change.  This project details an emerging ice-free Arctic ocean over the 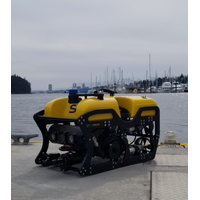 SEAMOR Marine will provide a Remotely Operated Vehicle (ROV) to the department of Fisheries and Oceans Canada in Manitoba. The vehicle will be deployed to the High Arctic to inspect the area which remains frozen year-round and take part in research and evaluating ways to protect this special ecological region.The High Arctic is an important area encompassing the northern regions of Canada (Arctic Basin, Baffin Bay and the Pikialasorsuaq, or North Water Polynya) and reaches to western Greenland. This area remains frozen throughout the year, for multiple years, acting as an important refuge for ice-depend 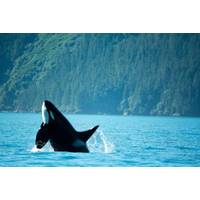 Morgan Canada to ensure it gets built.The move came after Canada's Federal Court of Appeal overturned the Liberal government's 2016 approval to expand the pipeline, which runs from Alberta's oil heartland to the British Columbia coast. (Reuters reporting by Rod Nickel in Winnipeg, Manitoba; editing by Jonathan Oatis 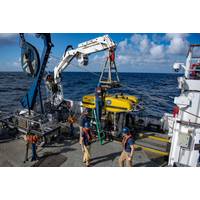 golf cart-sized meteorite crashed into NOAA’s Olympic Coast National Marine Sanctuary on March 7 around 7:15 p.m. PST, about 15 miles off the Washington coast. Despite having broken into many pieces before falling to the sea, its impact was so violent it registered on seismometers as far away as Manitoba, Canada. The cosmic burst, picked up by NOAA’s NEXRAD weather radar, created a giant fireball called a bolide, as well as a sonic boom, but no tsunami.A group of scientists from NOAA, NASA and the Ocean Exploration Trust (OET) working with the 64-meter research vessel E/V Nautilus used an

Sarah Fortune, PhD candidate at the University of British Columbia and guest student at Woods Hole Oceanographic Institution in collaboration with Dr. Steve Ferguson from Fisheries and Oceans Canada and University of Manitoba as well as LGL Limited and VDOS Global LLC, conducted several days of zooplankton backscatter observations in Pangnirtung Fiord with co-located Optical Plankton Counter data.  The four-frequency (125, 200, 455 and 769 kHz) AZFP with cage and floatation from ASL’s lease pool was shipped to rendezvous with the Arctic equipment. The instrument was deployed in Pangnirtun 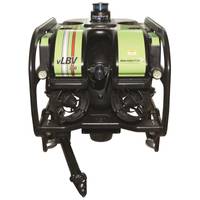 , compact ROV with adjustable angle (vectored) thrusters in order to complement and advance the capability of the well-established SeaBotix ROV range in the offshore environment. The 100th SeaBotix vLBV system will be delivered to the Centre for Earth Observation Sciences (CEOS) at the University of Manitoba, Canada. The purchase was funded by The Canada Foundation for Innovation project and sold through MacArtney Underwater Technology Group’s Ocean Science Department as part of a consolidated delivery of scientific subsea equipment. The 300m (1,000 ft.) capable vLBV is tested and rated for operations 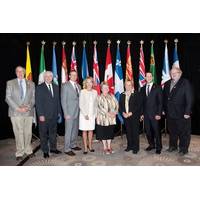 , the federal Fisheries Protection Program, aquaculture, and aquatic invasive species. The meetings were co-chaired by Fisheries and Oceans Canada and the Province of Quebec, and were attended by fisheries ministers from Newfoundland and Labrador, Prince Edward Island, New Brunswick, Ontario, Manitoba and Alberta Three projects were highlighted by Ministers as concrete examples of the positive collaboration that makes the Canadian Council of Fisheries and Aquaculture Ministers such an important and productive intergovernmental forum: The challenges and opportunities facing the recreational