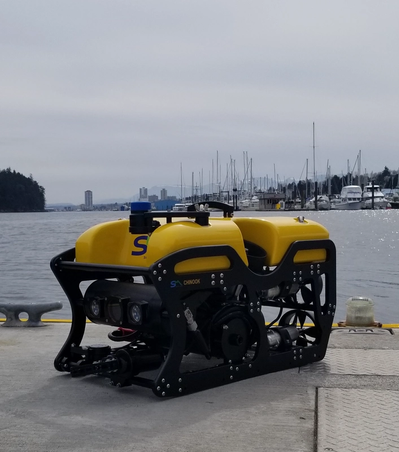 SEAMOR Marine will provide a Remotely Operated Vehicle (ROV) to the department of Fisheries and Oceans Canada in Manitoba. The vehicle will be deployed to the High Arctic to inspect the area which remains frozen year-round and take part in research and evaluating ways to protect this special ecological region.

The High Arctic is an important area encompassing the northern regions of Canada (Arctic Basin, Baffin Bay and the Pikialasorsuaq, or North Water Polynya) and reaches to western Greenland. This area remains frozen throughout the year, for multiple years, acting as an important refuge for ice-dependent species such as polar bears, beluga and narwhal whales, walrus and seals, as well as the communities in these regions that rely on these species for food, dress and shelter. With estimates for sea ice decreasing at a rate of 11% per decade in the Arctic due to climate change, it is anticipated that the Arctic could lose its summer ice by 2050 and be largely ice-free by 2070. “The Last Ice Project” is a collaboration between the Department of Fisheries and Oceans Canada (DFO), Parks Canada Agency (PCA) and Indigenous, Northern and International partners (including the World Wildlife Fund-Canada and Pristine Seas – National Geographic Society).

SEAMOR Marine's Chinook ROV has been selected for this mission given its earned reputation as a versatile vehicle that easily pairs with a variety of accessories. This particular model will be equipped with a handheld pendant controller, and a fiber optic tether multiplexer upgrade. These will help control a wide array of on-board instrumentation such as USBL underwater positioning system with GPS integration, the ROV to be tracked in real-world coordinates in real time, and an integrated Tritech Micron Echosounder which permits the ROV to measure its height above the sea
floor and maintain its height with our auto-altitude system. This vehicle will also come with a dual function gripper, a sensor skid (which provides opportunities to integrate additional sensors to the system), double-dot tilting colour-laser scaling system, and a HD camera with uncompressed digital output (with zoom and manual/auto-focus control, exposure and colour adjustment).

Like all SEAMOR ROVs, this Chinook will be adaptable and can be used for a variety of jobs beyond the tasks outlined for the Last Ice project. These vehicles have been designed with a modular platform that permits the end user to swap accessories or upgrade their ROV with new features after purchase. The Chinook ROV is the mid-sized vehicle in the SEAMOR Marine range of products, able to dive to 2,000 feet (600 meters).

The Mako is SEAMOR's larger vehicle can support a payload of up to 50 pounds (22.5 kg), and the Steelhead, which can dive to 1,000 feet (300 meters), is the most compact vehicle in the line. These ROVs are designed and manufactured in Canada by SEAMOR Marine Ltd. at their home offices in Nanaimo, British Columbia.

SEAMOR ROVs have been used for marine research and inspections across the world. Our ROVs have also conducted geological research in the antarctic, ancient sea basins, and in the open ocean. We have also collaborated with other researchers too, including NASA, the Canadian Space Agency, and DARPA. The ROVs' applications are widespread too, as they have been used for a variety of fields from aquaculture, to dam inspection; underwater archaeology, to pipeline inspection.

Remotely operated vehicles specialist ROVOP has appointed Daniel Wheeler as its new President for the Americas, to lead the…