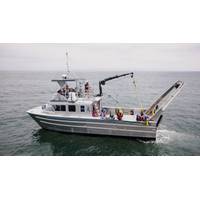 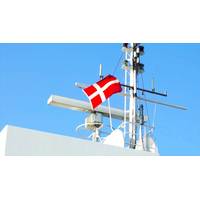 initiated by a losing bidder combined with a slowing of government activity during the COVID-19 period in Europe.This was a competitive bid process for upgrades of the Royal Danish Navy’s mine-hunting sonar equipment. As outlined in the decision, Kraken was one of four companies (including Northrop Grumman International Trading Inc., Thales DMS France, and Klein Marine Systems Inc.) whose offers were received and evaluated.Under the program, Kraken will deliver the KATFISH towed synthetic aperture sonar, the Tentacle winch and Autonomous Launch and Recovery System (ALARS) to the Royal Danish Navy 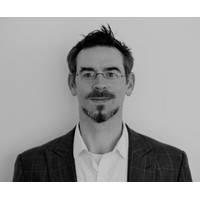 in Aerospace Engineering. Following his Bachelor of Science, Levedahl received two Masters, one in Aerospace and another in Electrical Engineering. He then went on to obtain his PhD in Aerospace Engineering. His experience includes modeling and control of underwater vehicles in collaboration with Northrop Grumman, work on ground-based robotics systems as a Designated Associate Professor in Engineering at Nagoya University in Japan, and development of in-space manufacturing technologies as Chief Scientist at Tethers Unlimited, a defense and commercial space technology company.Seattle-based Olis Robotics

in the 2017 edition, but worked hard to return in 2018. RoboSub has existed for more than 20 years and is the main international academic competition for AUVs, Since 1997. The competition takes place annually in San Diego. It attracts a global participation, also attracting large companies such as Northrop Grumman, Raytheon, Siemens, General Atomics, MathWork, Teledyne, SolidWorks, BlueRobotics, among others, as well as the U.S. Navy. In this way, competition becomes a networking space between young engineers and specialists. “If we want to develop our skills as a team and as innovative national 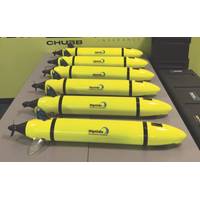 , that UUVs began to be noticed again.   New, lower cost, autonomous vehicles leveraging the latest computer hardware and processing, as well as sensors from ROVs, began to appear in academic research labs. During this period large U.S. defense contractors such as Boeing, Lockheed Martin and Northrop Grumman led various Navy program development efforts. As the 2000s opened, technologies from the academic labs and research institutions transitioned to start-ups. These firms began to deliver UUVs as products. While volumes were small the market for U.S. and international defense, scientific and commercial 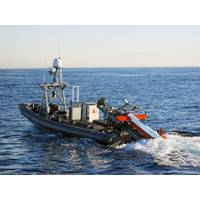 US Navy Upgrades Mine Hunting Capabilities

Manager responsible for the production and development of systems as well as the logistics for the Low Probability of Altimeter (LPIA), Common Data Link (CDL) and F-22 product lines within the Electronic Systems group.   Prior to working at BAE systems he served as a Senior Engineer with Northrop Grumman supporting the Defense Metrological Satellite Program (DMSP) where he performed extensive data analysis and operations of sensors on satellites. He developed specifications and programs for testing all operating modes of the sensors and collaborated with on-site customers to provide technical 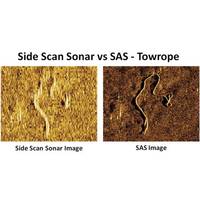 Northrop Grumman's Voyage Management System approved for use on U.S. Navy SSN and SSGN nuclear powered submarines    The U.S. Navy has approved the use of Northrop Grumman Corporation's Voyage Management System (VMS), version 9.3, onboard SSN and SSGN nuclear powered submarines.    The VMS software package will be installed on 55 SSNs and four SSGNs operating globally from all U.S. Navy submarine homeports.  Installations have already begun and will be completed by the end of 2016.    Version 9.3 which supports polar operations has significantly increased