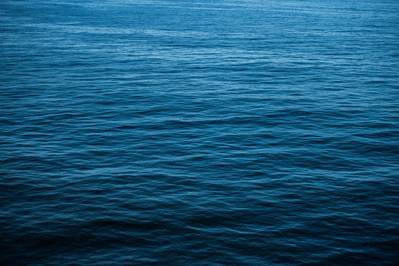 China, the leading holder of international deep sea exploration licences, has increased its lead in the race for alternative sources of battery minerals by taking samples from cobalt-bearing mountains deep in the Pacific.

The cobalt-rich crusts could one day curb the world's dependence on cobalt from Democratic Republic of Congo, but most companies say deep sea mining is a distant prospect.

"It is a promising business area with the potential for significant future growth," Maersk Supply Service said in an email. "Production is a few years away."

Miner-trader Glencore has a stake in DeepGreen which would eventually give Glencore 50 percent of any copper and nickel output.

So far only Canadian-listed firm Nautilus Minerals has gone beyond the exploration stage to try and mine off the coast of Papua New Guinea, for copper, gold and silver, but it been slowed by funding issues and local opposition.

Anglo American sold its 4 percent stake in Nautilus in May, as part of efforts to retain only its most profitable assets.

Nautilus this week agreed a $600,000 loan to shore up its balance sheet. It was not immediately available for further comment.

While Nautilus wants to mine Papua New Guinea's territorial waters, international waters are regulated by the International Seabed Authority (ISA), an agency set up by the United Nations to manage the seabed and protect the marine environment.

China, is in pole position in international waters as the holder of four of the 29 deep sea ISA exploration contracts granted so far, more than any other nation.

Along with Glencore, the country already dominates world cobalt supplies, mostly from the politically volatile Democratic Republic of Congo.

News last week that cobalt from Glencore subsidiary Katanga Mining must be processed to remove its uranium content highlighted concerns about the reliance on Congo.

Ian Coles, a partner at law firm Mayer Brown, which has worked on the legality of mining at sea, said its potential to diversify sources of supply was particularly valid for "esoteric minerals".

"They are susceptible to serious supply and demand issues because supply is limited to Democratic Republic of Congo for cobalt and China dominates rare earths," he said.

"We call for tough regulations and 30 percent-to-50 percent of all ISA exploration areas to be set aside as no-mining zones," Conn Nugent, director of the Pew Seabed Mining Project, said.