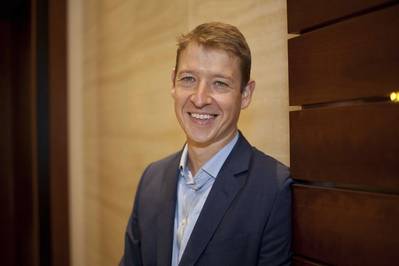 Wireless subsea technology provider WFS Technologies has appointed Moray Melhuish to the newly-created post of commercial director, responsible for building on the success of its industry-advanced innovations as well as increase its portfolio of national and international projects.

Melhuish was previously business development director at independent ROV specialist, ROVOP, and prior to this was responsible for the sales and marketing work-class ROV systems at i-Tech, a division of Subsea 7. He also spent three years at Triton Group, now Forum Energy Technologies.

An Aberdeen University graduate with an honors in Law and Spanish, Moray then completed a Masters in Entrepreneurship before embarking on a career in the energy industry. He started as a marketing assistant with industrial valve and gas turbine specialist, Score Group, before quickly being promoted to Group business development and tendering manager. From here, he went on to become commercial director of the company’s defense prime contractor, Score Marine, which he founded.

With around 350 patents, WFS provides innovations in subsea wireless automation, the Subsea Internet of Things (SloT) and subsea cloud computing networks (SCCNs) for oil and gas operators and offshore wind developers around the world.

The Livingston, Scotland, headquartered company is actively planning to establish a research and development hub in Edinburgh, which will become home to its leadership and technology team spanning a range of disciplines including mechanical, software and hardware engineers.

Petronas Research, a subsidiary of the Malaysian oil and gas giant Petronas, has joined a joint industry project to develop and test a low-cost, topsi