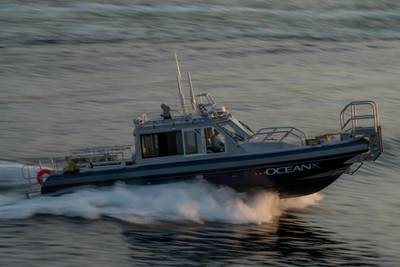 Metal Shark said members of its in-house engineering team worked with the client’s team to incorporating numerous specialized features to meet an ambitious set of mission requirements for the multi-mission tender vessel.

“Producing this custom boat for OceanX provided us with an ideal opportunity to showcase one of Metal Shark’s core competencies, which is adapting a proven platform through engineering to meet a demanding set of mission requirements,” said Metal Shark CEO Chris Allard.

A dive refill station with two 50-liter cylinders was added below deck, along with crew accommodations including a climate controlled cabin with air conditioning and heat, head with fresh water shower and tankless water heater, water maker filtration system, and a custom berth with IT rack beneath.

Powered by twin Cummins QSB 6.7 550 HP diesel inboards mated to Hamilton HJ 292 water jets with Blue Arrow controls, the 38 Defiant demonstrates pinpoint maneuverability at all speeds, while the JETanchor system assists with station-keeping and also offers a “virtual anchor” mode. The choice of diesel power allows the tender to refuel off the mothership safely while eliminating the hazards of storing and transferring the gasoline typically required for outboards.

A SeaKeeper stabilization system was added to reduce vessel pitch and roll. Single-point and four-point lift options facilitate vessel launch and retrieval from aboard the mothership, eliminating straps and spreader bars while improving safety for the crew. A removable bow push knee adds an extra element of utility while allowing for safe boarding from the bow. 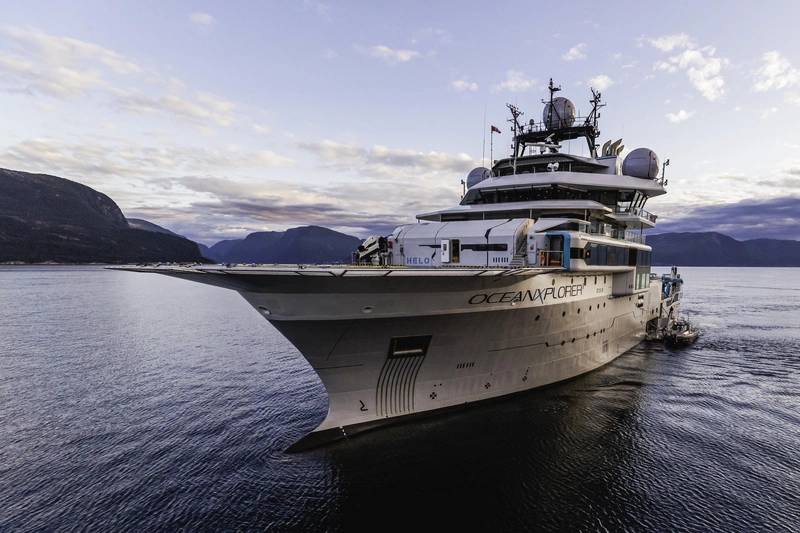 Rowe Technologies designs and manufactures high performance acoustic Doppler products and systems for navigation (DVLs) and oceanographic applications (ADCPs) for use in oceans, lakes, and rivers. We have a wide variety of products for use in real-time and self…