How Much Microplastic is in the Ocean? 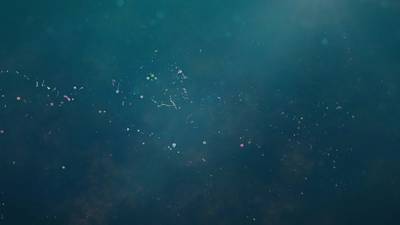 How much microplastic is in the world's oceans? Twenty-four trillion pieces and counting, according to a recent study.

A global team of oceanographers led by Kyushu University researchers have been sailing the open seas equipped with a tow net and flowmeter in an effort to create and publish the most detailed dataset to date for assessing the amount of microplastics in the world's oceans and their effects on marine life.

The team has calibrated and processed data from these expeditions to build a publicly available dataset for more accurately assessing the abundance of microplastics—and their long-term trends—in the world’s oceans.

“Although the observation of microplastics dates back to the 1970s, standardized data spanning the globe is still limited,” said Atsuhiko Isobe, professor at Kyushu University's Research Institute for Applied Mechanics and leader of the study.

“Our dataset provides realistic amounts of microplastics in the wild to help researchers trying to assess the true impact they are having on aquatic organisms and the environment.”

Categorized as small pieces of degraded plastic less than five millimeters in size, microplastics can travel thousands of miles in the open sea and, depending on their degradation, remain at various depths of the ocean surface. 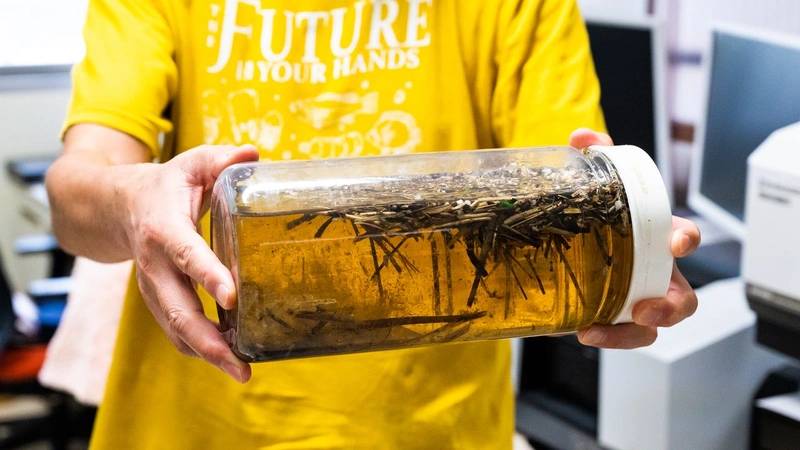 Atsuhiko Isobe of Kyushu University’s Research Institute for Applied Mechanics displays a sample of microplastics and other buoyant objects collected by his team from the open sea during a field campaign. (Photo: Kyushu University)

While numerous surveys in the last 50 years have set out to measure the amount of microplastics in the ocean, the combining and archiving of data has been slow and faces many challenges related to differences in collection methods and conditions, such as ocean turbulence, and counting and analysis protocols.

To create the new dataset, which was published in the journal Microplastics and Nanoplastics, the researchers collected, calibrated and gridded data from a total of 8,218 pelagic microplastic samples taken from oceans around the world between 2000 and 2019.

“We collected published and unpublished data on microplastic distribution from around the world and calibrated to account for differences such as in collection method and wave height to create standardized, state-of-the-art 2D maps of microplastic abundance,” Isobe said.

The team estimates there are 24.4 trillion pieces of microplastics in the world's upper oceans, with a combined weight of 82,000 to 578,000 tons—or the equivalent of roughly 30 billion 500-ml plastic water bottles.

“While this work improves our grasp of the actual situation, the total amount of microplastics is still likely to be much greater since this is just what we can estimate on the surface,” Isobe said. “For us to get a clearer picture, we must develop 3D maps probing the depths of the oceans and continue to fill the gaps within our dataset.”

One gap is the lack of microplastic data for the Indian Ocean and the seas around Southeast Asia, including the South China Sea. Moreover, data is missing for microplastics less than 300 micrometers in size or even on the nano scale. This is due to the lack of field survey protocols for such plastics and limitations in equipment and the mesh size of nets used in the field.

Isobe hopes that future surveys will continue to fill in these gaps using common protocols to facilitate data sharing.

“Though we are making progress, we still have much to learn to get a complete picture of the fate of plastic debris and the effect it is having on the environment,” Isobe said.