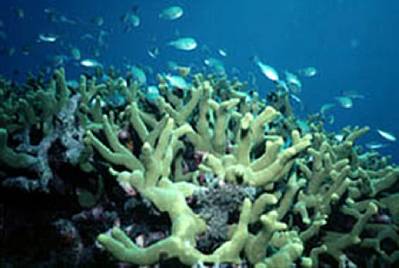 Environmentalist organization Oceana has received a grant from  the UK-based Arcadia Fund. The funding of 5,000,000 US dollars will be paid over a period of five years to support Oceana's campaigns to protect biodiversity in the world's oceans and will enable Oceana to achieve its campaign goals in habitat and marine life protection.

Oceana has selected multi-year goals based, in part, on biological importance, feasibility of success, and Oceana's ability to make a difference. With the five-year funding from Arcadia, Oceana will focus on:

"Oceana's aggressive conservation goals cannot be realized without the generous support of groups like the Arcadia Fund," said Oceana CEO Andrew Sharpless. "With this help, Oceana can win more victories in Europe, Chile and the United States and protect thousands of miles of seafloor habitat, expand marine reserves, and preserve habitat for sea turtles, sea lions and other creatures. Arcadia's support will also support Oceana's international expansion into new countries like Brazil and South Asia, helping us to gain protections for the large and incredibly productive ocean ecosystems that are managed by these nations."

Oceana campaigns to protect and restore the world's oceans. Our teams of marine scientists, economists, lawyers, and advocates win specific and concrete policy changes to reduce pollution and to prevent the irreversible collapse of fish populations, marine mammals and other sea life.

Arcadia is the charitable foundation of Lisbet Rausing and Peter Baldwin. Since inception in 2001 Arcadia has awarded grants in excess of $243 million.