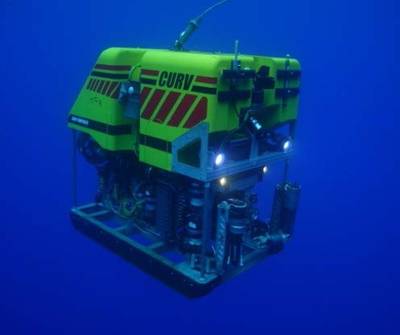 Phoenix International Holdings, Inc., under the operational direction of the U.S. Navy’s Office of the Supervisor of Salvage and Diving (SUPSALV), successfully recovered the voyage data recorder (VDR) from the sunken cargo vessel El Faro. Working aboard USNS Apache (T-ATF 172), Phoenix operated the U.S. Navy’s Remotely Operated Vehicle (ROV) CURV-21during a single 13 hour dive to identify and recover the VDR from a water depth of 15,000 feet. Following the recovery, the VDR was transferred to National Transportation and Safety Board (NTSB) investigators onboard USNS Apache.

El Faro went missing on October 1, 2015 while operating in the midst of Hurricane Joaquin near Crooked Island in the Bahamas. In late October 2015, Phoenix, under the direction of SUPSALV, located the sunken ship using the U.S. Navy’s deepwater side scan sonar search system Orion. The Phoenix team then launched CURV-21 to verify and visually inspect the wreckage.
• Bahamas • United States • United States Navy

Global Diving & Salvage, Inc. has appointed Alisa Preston, P. Eng., as Director of Marine Technology to lead the growth of…