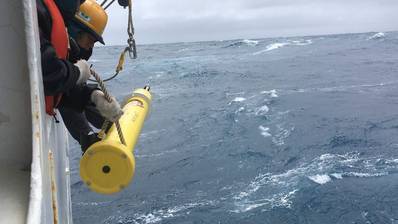 Ocean-going monitoring floats like this one are deployed from “ships of opportunity” as they transit the ocean. (Photo: SOCCOM)

After years studying the icy waters of the Southern Ocean with floating robotic monitors, a consortium of oceanographers and other researchers is deploying them across the planet, from the north Pacific to the Indian Ocean.

The project known as the Global Ocean Biogeochemistry Array, or GO-BGC, started in March with the launch of the first of 500 new floating robotic monitors containing computers, hydraulics, batteries and an array of sensors scientists say will relay a more comprehensive picture of the ocean and its health.

“The ocean is extremely important to the climate, to the sustainability of the earth, its supply of food, protein to enormous numbers of people. We don’t monitor it very well,” said Ken Johnson, GO-BGC’s project director and a senior scientist at the Monterey Bay Aquarium Research Institute (MBARI) in Moss Landing, California.

Johnson said the sensors help survey a larger portion of the ocean more consistently than people collecting samples on ships, adding, “The goal is to be able to monitor the health of the ocean in places where people only go once a decade.” 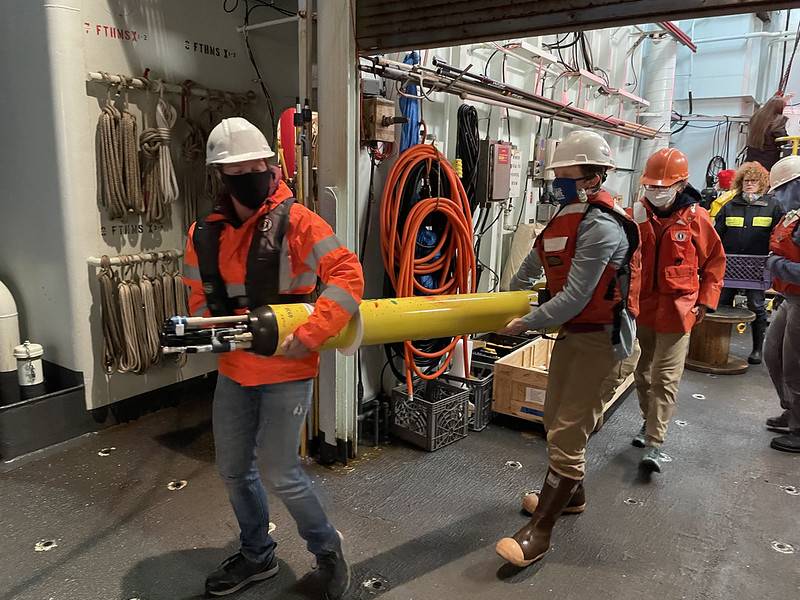 The first GO-BGC deployments are being carried out in the western North Atlantic through a partnership with the International Global Ocean Ship-Based Hydrographic Investigation Program (GO-SHIP) (Photo: GO-BGC)

At the MBARI lab, team members have been busy calibrating each of the sensors, which will measure acidity, or pH levels, salinity, temperature, pressure, oxygen and nitrate.

The measurements will be taken at a depth of 3,280 feet (1,000m), where the float will drift in weaker currents for a little over a week. The float will then descend to 6,500 feet before surfacing and transmitting its data to shore via satellite. The entire trip will take about 10 days.

That data will be made available to research institutions and schools for free, and will help lead to better oceanic modelling, said George Matsumoto, a senior education and research specialist at MBARI.

“Over the years as all the data starts to accumulate, we’re learning more and more about the oceans,” he said.