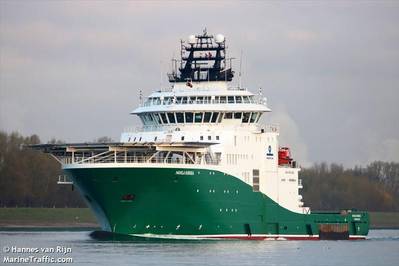 Norway has deployed a specialist vessel to inspect a subsea gas pipeline to Germany because of safety concerns after suspected sabotage last month on two Nord Stream pipelines between Russia and Germany, according to sources and data.

The Havila Subsea, an oil service vessel equipped with remotely operated subsea vehicles, was deployed on Oct. 5 to survey the Europipe II pipeline that runs from the Kaarstoe gas plant in Norway to Dornum in Germany, Refinitiv vessel-tracking data shows.

"For security considerations, we cannot go into detail about specific measures," a Gassco spokesperson said in an email.

Equinor said in an emailed statement to Reuters that "the security level has been raised for installations and infrastructure on the NCS (Norwegian Continental Shelf)" and that precautionary measures have been taken relating to the pipeline network.

The company said it did not want to provide further detail because of security considerations. It added, however, that it does carry out pipeline surveys on behalf of Gassco.

"Knowledge about these measures makes it easier for an actor to avoid them," a military spokesperson said in an email.

"A major interruption of the flow of gas to Germany could cause political pressures changing the dynamics of the ongoing stand-off with Russia," Stroemmen said.

An industry source told Reuters that Norway is inspecting critical oil and gas infrastructure, including pipelines, for possible explosives or sabotage attempts.

The 658km Europipe II has capacity of 71 million cubic metres (mcm) of gas per day, about a fifth of Norway's total pipeline exports.

Sweden's Security Service said on Thursday that a crime scene investigation of the two pipelines has strengthened suspicions of "gross sabotage" involving detonations.