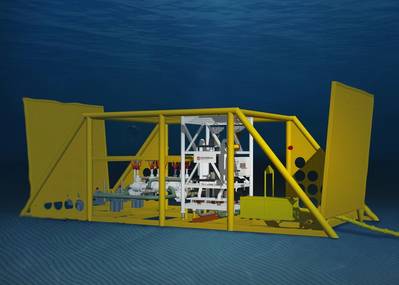 Schlumberger NV on Friday reported quarterly revenue that topped estimates and forecast single-digit growth in international markets this year even as crude prices have tumbled roughly 30 percent since October.

With the drop in oil prices many producers were evaluating spending budgets for 2019, stoking concerns that a slowdown in activity would hurt oilfield service companies that have struggled to boost prices since the 2014 downturn.

Schlumberger, a bellwether for the oilfield services sector, said recent volatility in crude prices has led to more uncertainty in the spending outlook for oil and gas producers.

"Future investments will likely be much closer to a level that can be covered by free cash flow," Chief Executive Officer Paal Kibsgaard said about its U.S. operator customers. He reassured investors that even as operators tighten their purse strings, the company had built 'significant flexibility' into its 2019 operating plan.

Schlumberger warned in early December that fourth-quarter North America revenues would take a hit due to steeper-than-anticipated declines in the hydraulic fracturing market.

Shares of Schlumberger rose 3 percent to $42.60 in trading before the opening bell.

Kibsgaard said supply cuts by OPEC and Russia could lead to a gradual recovery in oil prices in 2019.

Schlumberger reported fourth-quarter net income of $538 million, or 39 cents per share, compared with a loss of $2.26 billion, or $1.63 per share, a year earlier.

Excluding one-time items, the company earned 36 cents per share, in line with analysts' estimates, according to IBES data from Refinitiv.

Revenue was flat at $8.18 billion, compared with a year earlier, but beat the average analyst estimate of $8.04 billion.

(Reporting by John Benny in Bengaluru; Editing by Arun Koyyur and Jeffrey Benkoe)