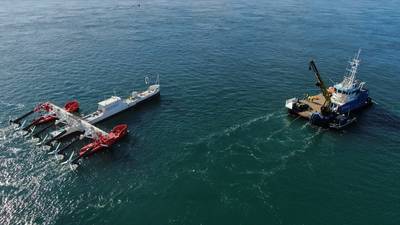 After laying a 1km underwater cable in late January, the firm subsequently connected its PLAT-I 6.4 tidal energy system to a purpose-built substation, located on the shores of Grand Passage. Final inspections were conducted by Canada’s QPS Evaluation Services, who issued the SPE 1000 Field Approval - which enables the tidal platform to supply power to the grid under a demonstration permit issued by the Province of Nova Scotia. Energization is expected in the coming weeks.

“Harnessing the huge potential of in-stream tidal energy in the Bay of Fundy has long been considered a moonshot, but we’re now firmly on the launchpad and ready for lift-off,” said Sustainable Marine CEO Jason Hayman. “These waters are a huge, untapped, completely renewable and predictable source of energy, which is driven by the moon as it orbits our planet. The unique geometry of the Bay of Fundy turns this gravitational force into vast tidal streams that flow at speeds of up to 10 knots. It’s taken many years of testing, development and demonstration to refine the technology and understand how best to capture and convert tidal energy. But the moment has now arrived. Sustainable Marine’s next-gen platform is grid-connected and set to energize. We are grateful to all partners who have contributed to this immense international effort, and to the many stakeholders across Nova Scotia who are supporting our mission to provide a greener, cleaner and healthier future for island and coastal communities.”

As Sustainable Marine bids to become the first floating tidal energy developer to power homes, businesses and industry across the east Atlantic seaboard, Nova Scotia has doubled-down on its net-zero commitments, accelerating the phase-out of coal-fired electricity by ten years, to 2030.
PLAT-I 6.4 will eventually be re-located to the FORCE demonstration site in the Minas Passage and form part of the world’s first floating tidal energy array, in the ‘Pempa’q Project’.

The current deployment in Grand Passage will also be used to test a multi-sensor Environmental Monitoring System (EMS) located on board PLAT-I 6.4, linking underwater cameras, hydrophones, echosounders and acoustic fish tag receivers. The system provides live-streamed data to record marine life in the vicinity of the platform. The aim is to demonstrate that a monitoring system can work in these highly energetic environments when visibility is reduced, such as during hours of darkness, or in turbid waters. 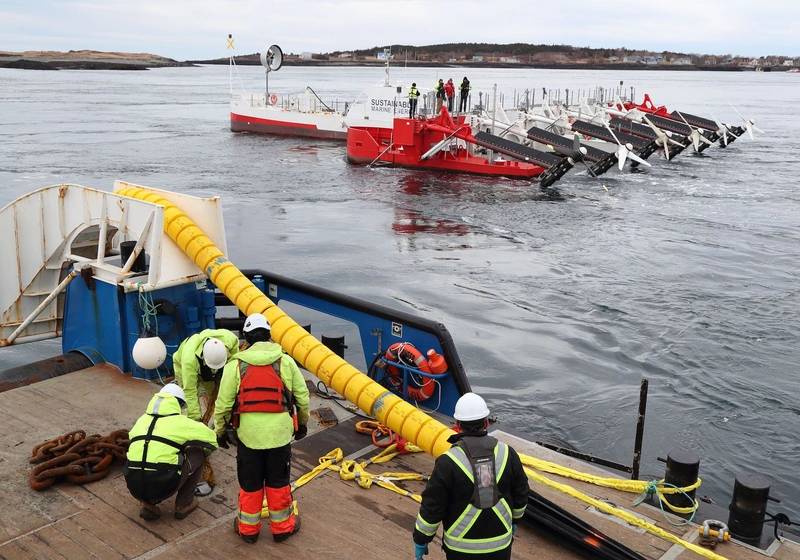