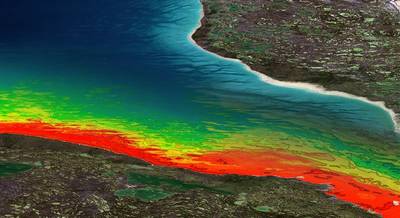 TCarta Marin announced the formation of TCarta Canada based in Ottawa, Ontario. Offering the complete line of TCarta satellite-derived bathymetry (SDB) services and Trident SDB Toolbox software, the affiliate office is a partnership between TCarta Marine and Prof. Anders Knudby, a well-known marine geospatial researcher and consultant in Canada.

Simultaneously, TCarta Canada announced its first contract – a pilot project to update bathymetric navigation charts for Baffin Island’s Cape Hooper and Kangok Fjord with SDB technology. The contract is administered by the Canadian Hydrographic Services, which has previously purchased SDB maps from TCarta.

The partnership between TCarta Marine and Knudby is an ideal merger of complementary technologies. Knudby, who will serve as Managing Partner for the new office, has pioneered development of SDB algorithms for Canada’s coastal waters as a consultant and associate professor at University of Ottawa. TCarta has recently focused on expanding its SDB techniques for application in Arctic regions. Knudby’s algorithms are being incorporated into the TCarta Project Trident SDB workflow.

Maritime Risk Symposium 2022: The Importance of Inland Systems to the MTS

The theme of Maritime Risk Symposium (MRS) 2022 is “The Importance of Inland Systems to the MTS.” The global MTS consists…